A nine-year-old South African school boy known as Sanele, married a 62-year-old woman known as Helen in the presence of many residents, he becomes the world’s youngest groom.

However, the little boy Sanele who is the youngest of five children in his family was fully determined until he and the wife followed all the South African marriage traditions and he insists that there should be the last ceremony for their official marriage.

Sanele’s mother Patience Masilela who is 47 years old said her son Sanele was just fine and happy to get married because that’s what he wanted, and he wasn’t embarrassed about it.

Patience Masilela said that after the ceremony, villagers kept on asking them questions if they will live together, sleep together and have babies, but she kept informing them that nothing will change, everything will get back to normal.

Sanela’s mother said her son told them that he wants to get married, definitely they knew it was a calling from the ancestors, so they had to prepare a wedding for their son in order to make the ancestors happy.

I thought I would have a proper wedding with the woman of my age when I grow up, but I would not wait, that’s why I approached my mum and told her that I want to get married, now am happy that I married Helen because she is the woman I love, “said the young boy Sanela.”

I will go back to school and study hard, so when I get older I will definitely marry my age mate, ”says the young boy Sinela.”

Hellen, who is a mother of children between 28 and 38, is just enough to be Sanele’s grandmother, but she said she was so exited with the arrangement. I don’t care what other people are saying about us, she said.”

However, the couple did not sign a marriage certificate and they DON’T have to live together. 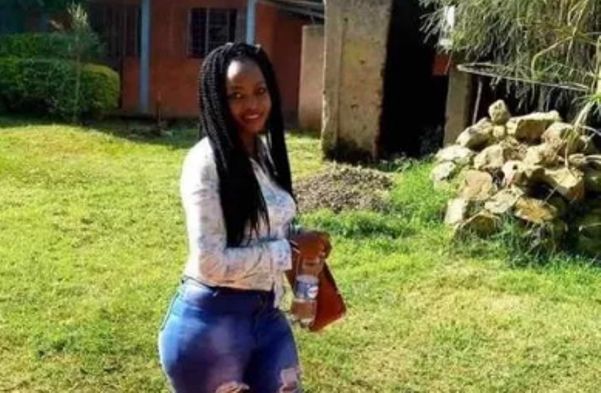