Singer A pass has expressed this disappointment in artistes and celebrities who have chosen silence at a time when there voices are needed the most. Since the arrest of Bobi Wine who is not just a presidential candidate but also an artiste, A pass has been very vocal about the issue.

He has expressed his disgust for the brutality showed by the police.

The police arrested Bobi Wine as he made his way to Luuka district. It is thought that he was arrested for violating guidelines to curb covid 19 as given by the Electoral Commission.

There have been riots since then demanding for the release of Robert Kyagulanyi from Nalufenya. The most alarming thing is that since Wednesday, none of his family members or friends have set their eyes on him.

Some celebrities and artistes came out to boldly condemn the act by the police. Unfortunately not all of them have joined the social media movement. People were especially paying attention to the artistes who appeared in the ‘Tuboga Nawe’ NRM song.

Juliana Kanyomozi tried to come out but was blasted by fans for not using the required hash tags to enable the movement.

A Pass accused artistes that have not said a word of never caring for their fans. Angry fans sided with him and threatened such artistes that they will perform for empty seats when concerts are reopened.

On the other hand though, must people be forced to be part of what they don’t want to participate in. If some one has chosen silence then why should it bother other people.

Isn’t it also dictatorship to force people to be part of what they don’t want?

Kabako Gifts His Wife Dumuna Plot Of Land In Munyonyo

Singer Evelyn Lagu Provides An Update About Her Health Status

We Have No Problem With Kato Lubwama- Kabako And Wife

Why Weasel May Never Find Perfect Replacement For Radio

Nalongo Maggie Helped Rabadaba By Marrying Him Off – Kato Lubwama

Am Going To Bring A Grammy Award To Uganda- Grenade Official

Desire Luzinda Flies Back To US After Launching NGO

Kabako’s Land Wrangles Are Far From Over, Chairman Says Doesn’t Know Him 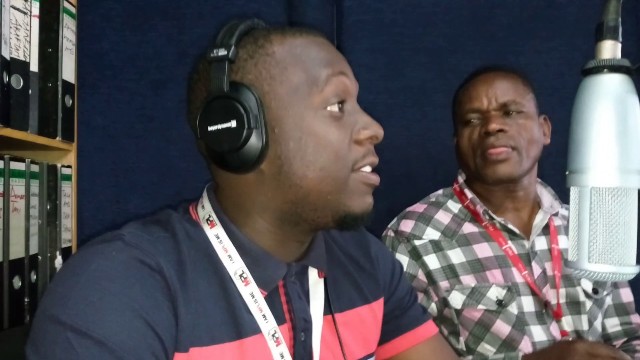 Arrest Such Fools – Kasuku On Men Who Release Women’s Nudes

Media personality Kasuku has called on the police to make thorough investigations into men who ...