Home » Life style » story » A Short Drama; The Odekes and the Marital Counselor

A Short Drama; The Odekes and the Marital Counselor

So Odeke and his wife Acom went to see a marital counselor so they could try to sort out some issues in their marriage.

This is how their encounter with the counselor went;….

The counselor looked at them, obviously exasperated by their tantrums;

Counselor–“Okay guys, what is really the problem? Is it that he does sports betting or she doesn’t respect you?”

Odeke to the counselor – “Sir, do you sometimes bet?”

Odeke – “Oh really, so we can wash our dirty linens in public and you can’t because you are a counselor? Well, everybody knows betting is a youth empowerment program. The many times I have won, she’s shared in the largesse…..

Acom – “Oh shut up, you embarrass me too much. Are you a youth? Do you think before you talk or you just say the first rubbish that comes out from that shithole you call a mouth…”

Odeke – “Same shithole you said was the attraction back then. Same shithole that had you drooling and cuddling up to me during thunderstorms and…”

Acom – “I cuddled up to you so you don’t wet your pants. You know how scared you get when lightning strikes. Mummy’s boy.”

Counselor -(rubs his bald head); “Here they go again. In all my 10 years as a counselor, I have never met a confused couple like you two.”

Odeke – “I agree with you on that one. My wife acts like something I downloaded from Google Play Store, she has too many viruses.” (counselor laughs)

Acom– “When a lame man tells one good joke, he thinks he’s won a trophy.”

Marital Counselor – “You want a divorce?”

Counselor – “Okay Mrs. Odeke, are you still in love with Mr. Odeke.”

Odeke – “Young lady answer the damn question and stop acting like he’s trying to toast you. Are you mad?”

Acom -“I don’t blame you, you have forgotten so quickly how you wooed me.”

Acom –“You have forgotten how you used to buy sweets for my brothers and throw stones on our roof just so I could come out?”

Odeke – “Wow, were you that cheap? Sweets and stones? Holy Moses, no wonder, you look like a pirated version of a Disney movie… Very blurry and boring.”

Acom -(with tears in her eyes); “You see the kind of humiliation I have to put up with every day. All this because I love you.”

Odeke – “Oh, you still love me? Ayayayaaa, let’s go home right away. It’s better to quarrel where I will see food to eat later than in an office of a counselor whose wife obviously doesn’t want him to come home.

(Turns to the counselor and hands him a white paper) “Try to play that game today, it’s a sure game, fixed match huh…”

Acom – “Odeke what did you give to him.”

Odeke sports betting 2021-09-25
Eninu William
Loading...
Previous: We Are Not Going To Allow Any School That Is Not Ready To Follow The Guidelines To Open; Muyingo
Next: Unifi Microfinance Launches Their Services In Uganda Market 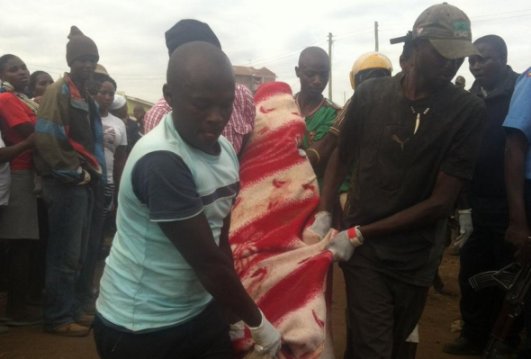 Suzan was a wife and mum of two. Hers was a marriage devoid of joy. ...