NBS journalist, Samson Kasumba, has commended Azawi for having a successful concert on Friday. His highlight was that Azawi was decently dressed and all she sold to the people was her music.

According to Samson, Azawi should be a lesson to many musicians that you art can sell your music to the people without being indecent.

“I hear Azawi had all her clothes on and the music did all the talking. Let’s just say she planned to showcase just the music to her adoring fans. Those who had hoped to see other things, sorry this is Azawi not… You can sell out in Uganda with your clothes on. Proof of concept.”

In most cases, when women have concerts, indecent dressing is the theme of the day. They make it feel like they are selling both the music and their bodies which mixes their audiences.

However, it was so clear on Friday that people came to specifically enjoy the music not her body.

Some people joined Kasumba in commending Azawi for keeping her body in clothes regardless of the pressure out there.

“Yes Sir, She’s a big talent that doesn’t need nudity. I remember in the early stages of her career, most part of Ug music audience mocked her cuz of her looks but she resiliently kept going and with the help of a competent team, she’s now the biggest music brand Ug has,” a one Phil Stanvick said.

“I agree with you. Talent is far different from nakedness. Young girls need to learn that men will never take them seriously if they don’t respect their bodies. Who wants to marry that,” a one Geoffrey Kassozi said. 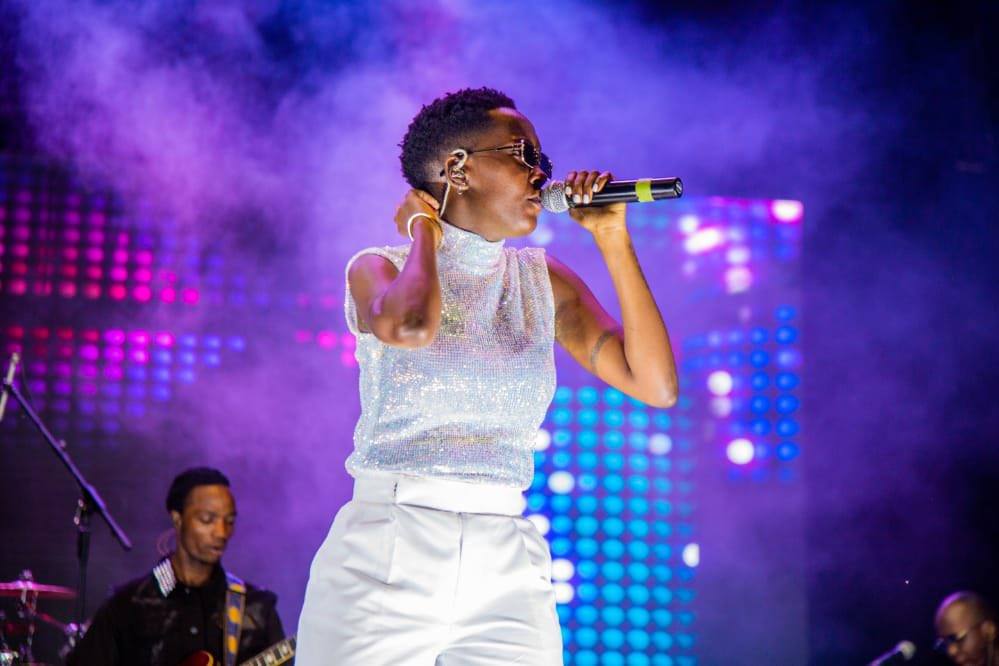 Ugandan female singer, Priscilla Zawedde aka Azawi, seems to be the football version of Chelsea ...