The ban on online television in Tanzania has been apparently lifted. This was communicated in a tweet by the government spokesperson, Gerson Msigwa. He tweeted this after the president’s communication was supposedly misinterpreted.

Her excellency, Samia Suluhu Hassan on Tuesday had directed a ban lift on all media outlets.

“I understand that there are media organisations that have been closed – let them open and ensure they follow the law,” she said.

In Magufuli’s regime he put a ban on all media especially during covid period. He ordered media to stop publishing covid results and declare it covid free. Obviously some media houses were shut down for trying to go against this.

In her message, Samia Suluhu, pointed out the fact that media needs it freedom as well. She however didn’t specify which media until the government spokes person tweeted. According to him the instruction was “to lift the ban on online television only and not other media, including newspapers that were banned according to the laws”.

Regardless this would also be a good move. Freedom can’t be freedom when the media is in chains because its the center of communication.

Media needs all the freedom to get information to reach as far as it should to all categories of people.

Previously reported by NEWSLEXPOINT.com, the newly elected president of the republic of Tanzania, John Pombe Magufuli came up with a shocking note by ordering all foreigners regardless of where they come from with or without work permits to hand over their jobs to the Tanzanians.

The ongoing operation named as “Operesheni Timua” was launched in the capital Dar –es Salam on Thursday and confirmed by Tanzania’s assistant Minister for Home Affairs Mr Hamad Masauni. 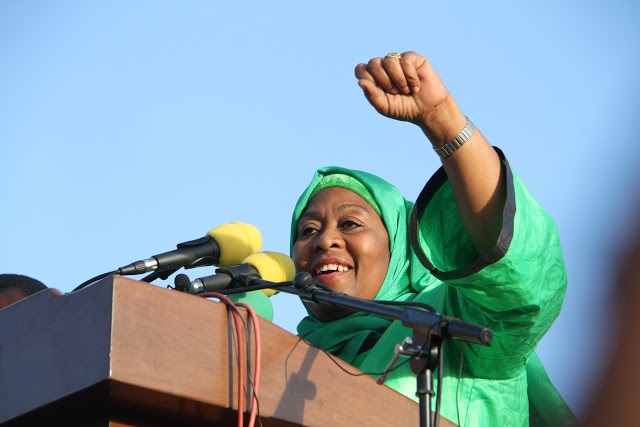