Posted by: bukejonah in Celebrity December 2, 2019

The ‘Parte After Parte’ hit maker Big Trill cried like some unlucky guy when GNL Zamba’s wife faked a statement that she’s ready to offer him good sex. GNL and the wife called Miriam Tamar flew in Uganda a few days ago from United States.

Since the legendary singer GNL and Tamar jetted in the country silently, they wanted to surprise their fellow Baboon Forest former crew team, namely, Mun*G from Kunta Kinte and Big Trill.

However, Miriam called Big Trill on phone and joked out that she was his diehard fan, who wanted to meet him physically. Tamar told him that she’s ready offer him free sex trans-night.

Therefore, Big Trill was really surprised, but unfortunately whispered to his ‘fan’ that he’s still busy and might call later. Unlike other men, the rapper promised to call her but never fulfilled her needs.

After some time, Tamar called him again informing him that his former boss GNL Zamba was in the country. 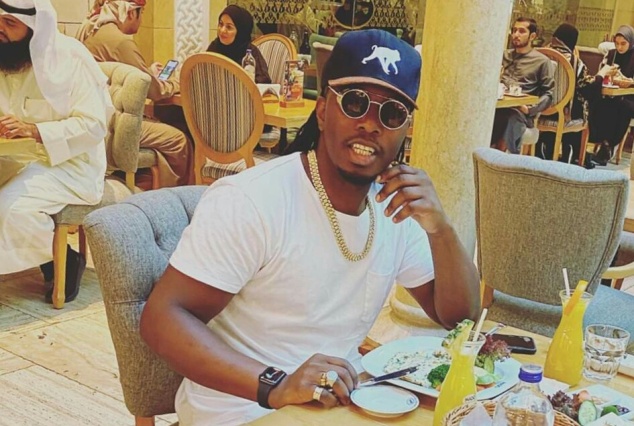