Buchaman Wanted Dead Or Alive Over This Shocking Reason

The legendary musician Bugembe Mark known by his stage names Buchaman who rose to fame in 2005 under Bobi Wine’s Firebase music label was a couple of weeks ago appointed as presidential advisor on Ghetto affairs.

Check also: I Have No Grudge With My Former Ghetto Vice, Buchaman — Bobi Wine

Buchaman who gained popularity through his hit song dubbed ‘Lwaki temumatira, Abakyaala temumatira’ was appointed by President Museveni after meeting with the group in Kibuye.

The singer who said he is 24 year old, born and raised in Mukono District as a Ghetto child finally became a Ghetto super star and nick-named himself ‘Buchaman’ because most of his family members including his father are butchers (meat sellers).

Because of the Ghetto super star’s new appointment which went viral on all media platforms, his former landlord only identified as Kawoya came out and told Spark TV that he has all along been searching for Buchaman claiming he demands a lot of money from him ever since he left his house years ago.

Kawoya claimed that the singer came looking for a house together with his wife, he took them to his house which was available at a time and told them to pay Shs750,000 per month, then the Ghetto super star asked for a discount up to Shs600,000, Kawoya accepted, but asked them to pay six months, which they finally did.

In his words, Kawoya confirmed that the Ghetto super star used to pay him in time, adding that even Bobi Wine himself could visit and spend a night there. When Buchaman left Firebase, life became too difficult for him, reaching an extent of failing to meet his accommodation bills, ‘he added. 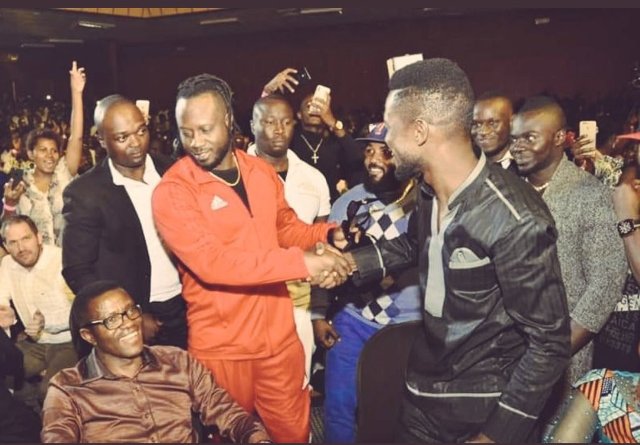