Catherine Kusasira Excited As Chameleone Makes It Back To NRM

Leone Island boss, Dr Jose Chameleone has dominated the news for the past few days after he made a U-turn back to NRM. This was after being offered a range Rover by President Museveni’s brother Michael Nuwagira. This thing that saw Chameleone even kneeling down to appreciate.

While speaking to Spark TV in an interview, Kusasira said that she was so happy that Chameleone had made it back home. She said that the car gift handed to him was just a sign of the numerous gifts.

Kusasira further said that Chameleone’s return excited her in a way that it will boost her political career. The Nkola ya taxi singer is running for the EALA seat and thinks that Chameleone’s fame is a great plus for her.

“Home is always the best, we also travel abroad but we are always glad to be back home and I’m so happy that my brother Chameleone is back home. The gifts are many in NRM and he will be getting plenty of those. For my case I’m so glad for his return because it will boost my chase of the EALA seat,” Kusasira said.

She then confidently said that the EALA seat is already hers. She’s just awaiting to take it. Kusasira also defended Chameleone’s kneeling while being handed the vehicle.

“Chameleone’s kneeling had no problem, before being the singer he’s now. That showed that his family brought him up in the right way. He had no other way to show his appreciation other than kneeling,” Kusasira added.

She also then proceeded to kneel down to thank those who gave Chameleone the car. 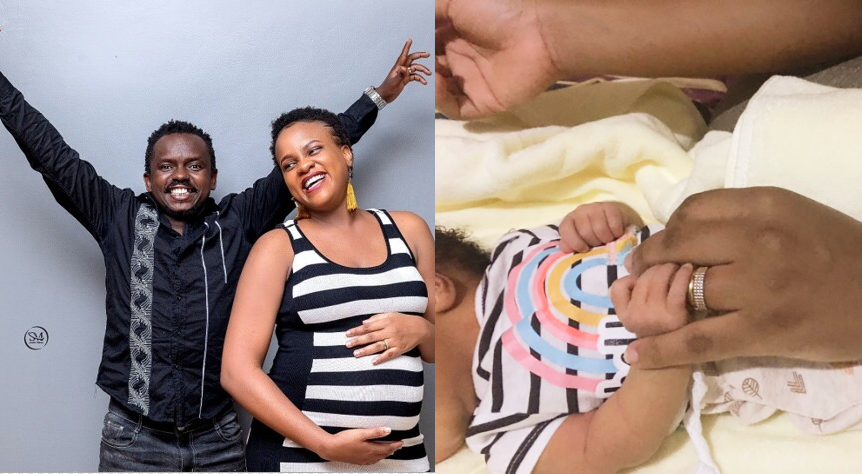 Spirit FM’s King Wesley alias King of Radio and his wife have welcomed another baby ...