As of yesterday, Robert Kyagulanyi received his armored vehicle after it had been seized by the URA over unpaid taxes. The Authority received a directive from President Museveni to give Robert Kyagulanyi his car back immediately.

In April, the tax body received clearance from the court allowing it to re-assess the vehicle after claims that Bobi Wine paid fewer taxes for it.

The re-assessment led to the final impounding of the car that has so far spent over a month in the URA’s custody.

However, in a June 7th letter to Kyagulanyi’s lawyers led by Anthony Wameli, URA said the President directed them to return the vehicle.

‘’This is to inform you that we have received a directive from His Excellency the President of the Republic of Uganda to the effect that Uganda Revenue Authority should release your client’s motor vehicle immediately,’’ URA Commissioner General John Musinguzi Rujoki said in the letter.

However, the letter also said that since Bobi Wine requested a review of the assessment, he will also pay the outstanding bill. After the reassessment of the armored vehicle, a total of over Shs 240 million happened to be pending.

In a turn of events, Kyagulanyi dismissed the act calling it a publicity stunt by president Museveni. The National Unity Platform leader confirmed though that URA returned the car to him on Museveni’s orders.

According to Kyagulanyi, the act is a clear manifestation of how  Museveni with his orders has hijacked state institutions. He asked why the Authority didn’t follow the right channels in returning the car. Instead, they waited for an order from the president.

He also noted that the act is aimed at swaying the public and creating sympathy for president Museveni. A case which he said will not happen. The NUP leader said that his team will examine the car before he can use it just as a precaution. 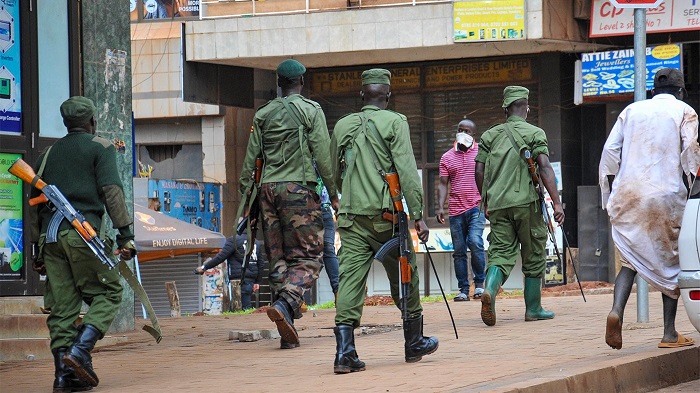 It looks like we are slowly moving towards a total lockdown of the country. After ...