A young lady identified as Armellia has in a TikTok video made a revelation that she divorced her husband and she doesn’t even regret her decision in any way.

The mother of one said that she took that decision after he was subjected to 11 years in prison. Her revelation triggered mixed reactions on social media.

For all those that condemned her move, Armellia shared another video to tell them that they didn’t even know the full story. She added that her husband never told her his source of income.

The young lady confirmed that she is thankful that their son is nearly two months old now and that the boy deserves a better life.

At the time of publishing this post, the video had accumulated more than 4k comments with over two million views.

I’ll miss him but i dont regret my decision! Plus our son deserves sm better 😥 #fyp #freebae #illwritehimacoupleletters #confused

Below are some of the reactions on social media

“If he loved her enough he wouldn’t have jeopardised his freedom to be with her,’ Vx said.

“A man won’t wait so why should us women,’ SweetLittleSisters said.

“Dear universe, the girls are getting it,’ The Great Kemonna said.

“As a man, you did the right thing. I would tell my sisters to divorce a man like that as well. He failed in honoring his family,’ Hellert6 said.

Meanwhile, it was earlier reported that a woman in Uganda was left stranded and confused after she learnt that her lover identified as Norman whom she thought was the love of her life, was someone else’s husband.

The woman was very happy to know that she and her man would be parents in the end. 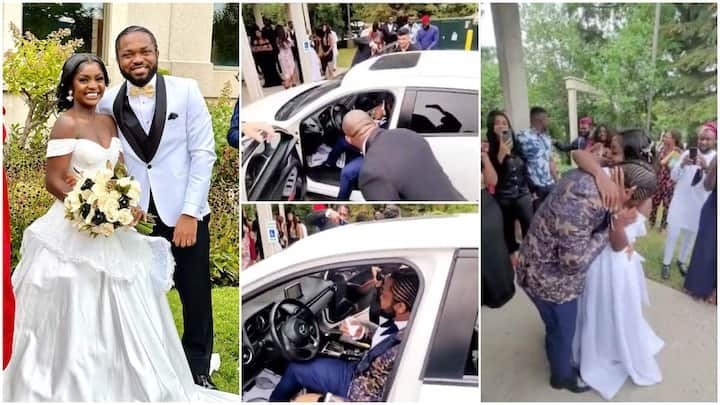 A woman has left social media users surprised after a video emerged of her gifting ...