City socialite and TV presenter, Sheilah Gashumba, has answered her curious fans on the questions they had about her lifestyle. Based on all the questions, most of her fans think Sheilah is on some drugs which help her keep up with the lifestyle the world sees.

However, Gashumba says she doesn’t in any way do drugs or smoke any kind of weed but she doesn’t judge those who are doing it.

“No, I don’t smoke weed, cigarettes, Shisha, but I don’t judge those who do it! It’s a free world!”

“It’s a promise to my father!! Nothing Specific!! My father already thinks I’m crazy so no weed, cigarettes and SHISHA plus any type of DRUGS. I’d a promise to my parents,” she added.

However, most of the people found it hard to believe the answers especially because at one point Robin Kirsti, former NTV Presenter said they used to do drugs together.

The two currently fell out but they used to be so close way back when Sheilah was just starting her Television career. So, if Robin says they used to do drugs together, it’s hard for people not to believe her.

Most of her fans on the other hand have expressed their pride in their celebrity saying she is an example to them.

However, everyone agreed that her relationship lifestyle should be rectified because there is nothing good to learn from it. This though, doesn’t seem to bother her. 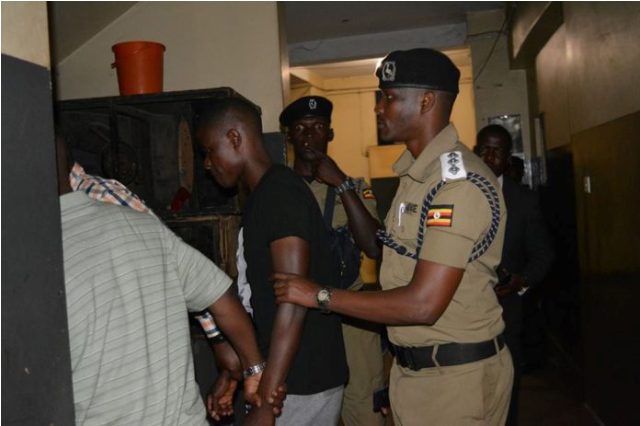 The lawyer of socialite Charles Olim aka Sipapa, Owor Charles, who happens to also be ...