A few days ago social media was littered with rumors of how a one Shakira ended celebrity couple Daddy Andre and Nina Roz after a few months from doing their Kukyala.

The two singers who were pulling off a stunt in a bid to promote Nina’s new song titled “Enyonta” had their skit orchestrated very well.

These two went ahead to even unfollowing each other on social media and the singer/producer even pulled down their introduction photos.

Popular diaspora Facebook blogger Rita Kaggwa went ahead to fuel this breakup. She said she had proof of how these two’s marriage was simply a cover-up of Andre’s bedding female upcoming musicians in his bedroomed studio.

She even further said that Andre had already moved on with a lady identified as Shakira. Adding that Shakira lives in the US and is a close friend of famous social media gay personality Deyonce.

Shakira says her meeting with Andre was musically

However the lady in this entire entanglement, Shakira has come out to clear the air. She says she got to know Andre through DJ Mercy who is a close friend of hers.

Shakira goes ahead to say that her meeting with Andre was purely for musical purposes. She further wonders how she could date someone she hasn’t known for long.

“I left Uganda three weeks ago. There is no relationship with Andre. I came to record music. And because he is one of the professionals out there, DJ Mercy, our mutual friend linked me up with him. And I was able to record a song and shoot a video,” Shakira said.

She went ahead to clarify how her and Andre have a song together titled as “Celeb” that was released recently and nothing more than that. 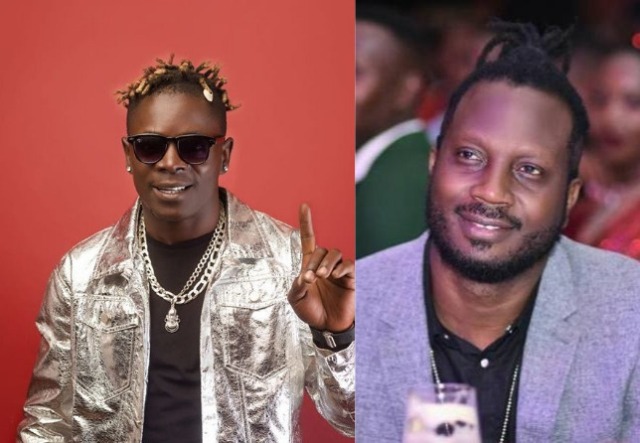 At the beginning of 2020 whilst dropping his famous ‘Bebe Cool List’, the Gagamel boss ...