Kampala — Kampala Capital City Authority ( KCCA ) has increased the amount of money by three times what it charges in property tax, a move that could lead landlords passing on the burden to tenants through rent.

Check also: Why You Should Stop In Kampala First Before You Move To Other Parts Of Uganda

More than 150 landlords have rejected the new valuations as too high and are expected to present their complaints in KCCA Valuation Court today. They have also threatened to close their buildings if the valuation court doesn’t revise the amounts downwards.

Mr Peter Kauju, the spokesman of KCCA, confirmed that they have revised the property tax upwards after valuation of the buildings in Kampala Central Division, which is the central business district of the country.

“We do valuations every five years. We did one in 2005 and 2011. This year, we did one in the central division. Our officers are moving to Nakawa Division and other divisions to valuate property tax on each building,” Mr Kauju said yesterday.

Property tax is paid annually on six per cent of the rateable value of the property.

According to Mr Mansoor Matovu alias Young, who owns 25 buildings in the city centre, if they fail to reach an understanding with KCCA, they will only have to close their buildings.

“Every time they increase taxes, we pass it to our tenants, who also strike and close their shops. We can’t pass on this tax to them in form of rent anymore. Our tenants are also on the wall. We have agreed that we shall close our buildings until the taxes are revised,” he said.

He said KCCA officials should look at the annual rent collection per building from which they can get their six per cent property tax.

“KCCA authorities have harassed and chased most of our tenants from the buildings. Most of the building floors remain empty for months, but KCCA officials are valuating them as occupied by tenants,” Mr Matovu said. Another landlord, who has several buildings in the city but declined to speak on record because he doesn’t want to be at loggerheads with government, said most of the buildings were constructed on borrowed money and banks nearly take all the money they collect from rent.

“Most landlords were affected by the rise in the interest rates. Every coin that is deposited in our bank accounts is taken by the banks. We are currently not making any money from those empty buildings. It is the reason we asked for a bail out, which wasn’t given,” he said.

Some of the affected dealers are the major landlords, who borrowed money from commercial banks.

Rent for a shop in Kampala City is above Shs1m in addition to power bills. A shop owner must also pay trading license, which ranges from Shs175,000 to Shs1.5m, to KCCA. Uganda Revenue Authority also taxes income tax per shop. The smallest shop pays Shs600,000 in income tax.

Mr Muhammed Kigozi Katanyoreka, the chairman of city tenants, said they know that the landlords will offload these new rates on them. “Landlords have also been harassing us, but on this one, we are in agreement that property tax rates shouldn’t be increased,” Mr Katanyoreka said.

Mr Katanyoreka said many tenants are not breaking even because of the money they are paying in rent, power, income tax, and licenses to KCCA.

“Even after paying all these taxes from our members, KCCA can’t collect garbage from our shops. They charge us Sh30,000 per shop a month for garbage collection,” he said.

Mr Peter Kauju, the spokesman of KCCA, confirmed that they have revised the property tax upwards after valuation of the buildings in Kampala Central Division, which is the central business district of the country. 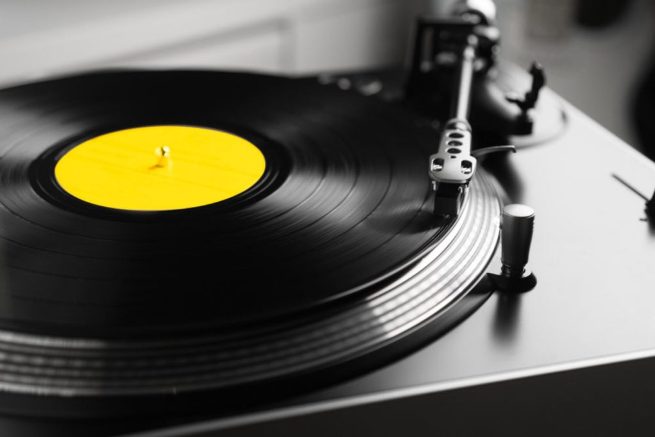 The vinyl record is back in trend, and the market is hot right now. So ...