King Saha Vows To Deal With Bebe Cool Personally, He Apologized To Fans

The R&B musician and songwriter King Saha, who is currently regarded as a troubled drug addict according to Bebe Cool and Kato Lubwama, recently released a new song dubbed ‘Sala Pulesa’, which directly pointed towards his rivalry Bebe Cool.

Check also: King Saha Drops His List Of The Most Foolish Artistes 2019

This time around, King Saha shared on social media while apologizing to his fans about his recent behavior towards the Gagamel Empire and promised to change his ways and handle Bebe Cool personally because they have their issues in between which needs to be solved with immediate effect.

In his words, the ‘Sala Pulesa’ Hit maker said that the warning Bebe posted on social media was a threat but not what people thought and promised to deal with him accordingly.

He concluded  while begging his fans to give him ears as he drops new music this year.

“I know most people especially’ the fans are not happy with this saga & I apologize coz that has never been my way of handling things.Babykul’s criticizing me had a lot of hidden intentions which u’ll know in the long run.So for now,am begging u kindly to Allow me feed u musically as I deal with this fool personally….🙏🏾🙏🏾” said King Saha.

It is the very first time King Saha is attacking his fellow artiste but we are yet to find out in case he solves his beef with him. 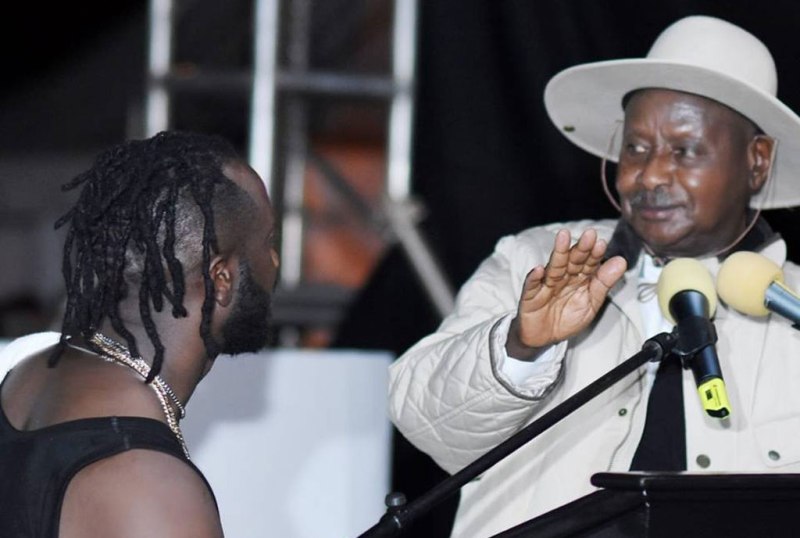 There is a walk of life, but then there is that of shame too, Bebe ...