How The Love Of Money Ended My Chances Of Education

My name is Melisa, I grew up in a poor family and with a single mother in a small village. We used to sell roasted maize on the road side as a way to earn a living, but still getting money was a hassle, it looked so ridiculous because it was not enough for both feeding and paying my school fees together with other siblings.

Though our mother struggled so hard to make sure our future becomes bright, still things didn’t get any better. Since my early age, my beauty has attracted both men and women,  and to be honest, I have been so beautiful right from my childhood, as I was once kidnapped by certain lady who could praise my mum for giving birth to a beautiful baby girl.

Check also: How A SLAY QUEEN Ended My Chance Of Studying Law

Since I missed some sort of deep affection while growing up,  life became so hard for us and at an early age, in the process of learning how to handle things on my own,  I joined peer groups that taught me how to ask for money from different men using my beauty.

I made friends who led me astray, we could go out to clubs and started influencing me where by I was advised to escape from home at such an early age of thirteen. Every evening after school , we would remove off the school uniforms and put on the clubbing out-fits  then proceed to the dancing halls where we always meet the so-called boyfriends.

I started testing the waters which made me learn more about dating from my own mother’s mistake, I became so addicted to clubbing and always escaped from home several times .Since I was so beautiful, it was easy for men to be seduced, when I locked my eyes on them, they would quickly go under my spell of beauty. I could easily get men who always bought me alcohol following my beauty that they couldn’t stand, my friends took a good advantage of me in bars since I was more attractive to men who would buy drinks for them on my behalf.

I could do all the above while studying, and as time went on, i decided to leave the city to go and stay up country  with one of my aunties where I met various men who started investing in my beauty, because I was so attractive, in a short while, I was forced to begin sleeping with them for money.  Eventually, I got  several pregnancies which I aborted as advised by friends, My academic performance became so poor  as a result of my mind being bombarded  with dating issues, therefore, in terms of education things didn’t go well for me.

So as time went on,  I met someone who looked special , a city tycoon who was ready to take care of me and as well as paying for my education, all this didn’t work out as expected, still I wasn’t focused on my studies,  so he lost  interest in me and he also realized  that I was being approached by several men and so he finally gave up on me.

I became money oriented more than anything, I realized that I have to take care of myself no matter what. I started sleeping with men for money and this became part of me.

I started getting money and all I thought about was to buy fancy clothes which could attract men. Amidst of all the struggles, I met Tom surprisingly who always stood there for me no matter what, He always supported me, provided everything I needed despite the fact that Tom comes from a well off family and I come from a humble background. He always considers and treasures our Love more than anything.

Finally, I decided to settle with Tom because he accepted me the way I am, despite all my mistakes. You may be facing the same challenges, but I urge you not to give up, you will meet the love of your life in the end who will love you unconditionally no matter what, and he’ll treat you like a queen.

Schools Should Justify The Need To Hike Fees, Ministry Of Education 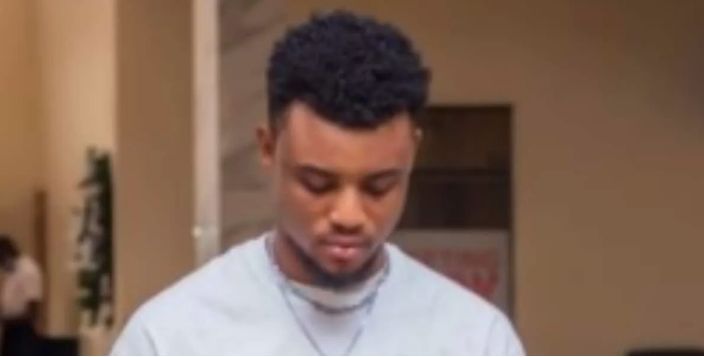 A young man identified as Bryson recently fired up Twitter followers after sharing his incredible ...