A Nigerian man only identified as Mr Belut recently left many social media fans surprised after sharing his experience at the hotel he recently stayed in while on his trip to Ibadan South Western Nigeria.

Belut explained that he paid N10,000 (USh96, 719) plus an addition of Value Added Tax (VAT) of N650 (USh6,286). The following morning, he was left speechless after being served a breakfast meal of boiled sweet potatoes and beans as well as a pack of sachet water.

“So I went to Ibadan yesterday and lodged in one hotel. I paid N10k and N650 for vat for the night, so this morning they brought me breakfast. I don die,’ he said.

Some group of people seemingly doubted the story. The Nigerian man had to share pictures of the hotel room he was reserved for.

The post which made rounds and gathered more than 1,000 likes on social media, attracted many people who reacted with amusement.

Whilst others thought it was quite a fair breakfast considering the amount paid for the room. Others said the breakfast meal would energize him for the day.

‘A good meal to start the day’, Duke of Ibadan said.

Duke wondered why Belut was not given a bottle of water instead of the sachet one.

The man felt scammed after paying a higher price for the hotel room.

In other news earlier reported by NEWSLEXPOINT.com, residents of Ndhiwa Sub-County Kenya were left in shock after a body of a 43 year old woman identified as Akinyi Victorine was found dangling on a tree where she hanged herself.

Akinyi committed suicide after she allegedly failed to clear a loan of Kshs30,000 ( Ugx1050,000) from a local Chama (investment) group. 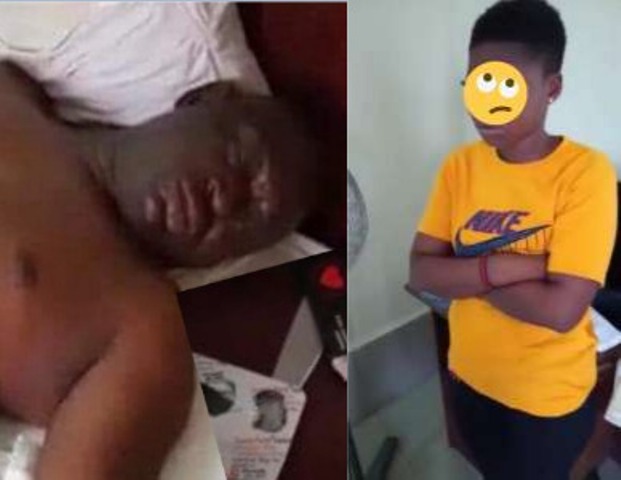