Nobody Is Bigger Than Manchester- Jose Mourinho

manchester United manager, Jose Mourinho has insisted that “no player is bigger than the club” while addressing a reported bust-up with Paul Pogba.

The 55-year-old was speaking ahead of United’s trip to the London Stadium on Saturday to face West Ham United in the Premier League after a turbulent week for the club.

The 25-year-old playmaker lost his role as vice-captain as a result and was left out of the Red Devils’ stunning penalty shootout Carabao Cup defeat against Derby County.

Mourinho revealed his stance on the issue in Friday’s pre-match press conference, as he told reporters: “No player is bigger than the club and if I’m happy with his work, he plays. If I’m not happy, he doesn’t play.

“Manchester United is bigger than anyone and I have to defend that.”

The United boss then went on to clarify exactly why he dropped Pogba as the team’s backup captain, stating that the decision was made purely for tactical reasons.

“I explain in a very detailed way to the people who have to know in detail, which is the squad and especially Paul, so Paul and the other players in the squad know in detail the reason why myself and my coaching staff, we decided to do that,” Mourinho added.

“I always analyse a player as a player. When a player is captain, I analyse the player by the player and captain perspective, and after weeks of analysing and changing opinions with my coaching staff, we made the decision Paul is just a player and not a captain.

“Decision made. I informed the player and the players. When I was asked after the match on Tuesday, I confirmed my decision and now I’m confirming it again. It’s the end of the story.”

The enigmatic tactician continued by pre-empting the next bout of questions from his audience, shedding more light on his relationship with the France international by saying: “I can anticipate more questions by saying the relationship of player and manager is good.

“It’s not anymore a relationship of a captain, or one of the captains, and a manager. It’s just a player-manager relationship. Some players trained as well as him, but not better than him, and he’ll play tomorrow, so end of story.”
Nevertheless, Mourinho refused to reveal what he said to provoke Pogba’s reaction.

It was too much for United’s manager

“No, I cannot tell you,” he added. “The training session was open, you had some cameras with potential to get some of the words.

“Maybe you have to change that potential if you want to know everything, because I’m not going to comment.”
It was put to Mourinho the whole episode had caused disruption in the lead-up to a potentially tricky match at West Ham, though he insisted disagreements are part of the job, before telling the assembled media to forget the possibility of ever having access to full training sessions.

“Disruptive? I think for you it was amazing, because you made a story, an incredible story out of 15 minutes of open training session,” he added.

“Maybe it’s your fault (United’s press officer) … what happened the other day happens many days, conversations with players I have many, many, many times.

“It was not the case, but loud criticism, loud instructions happen every day. Coaching is about that, but you make a story about it.

“So, I’m happy the rules are only 15 minutes once a month and situations like that are not going to change, there’s no chance you will watch a (full) session. 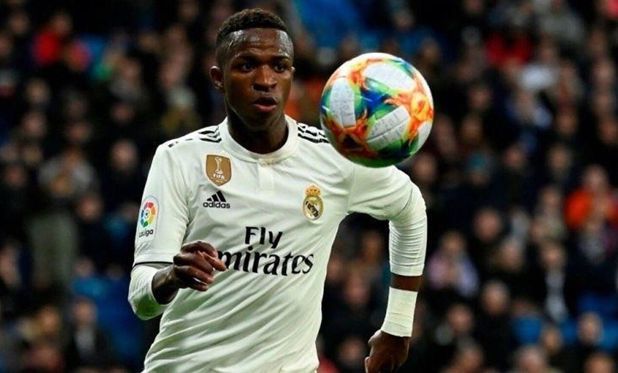