The most celebrated and highly ranked Ugandan comedian, Charles Kasozi commonly known as MC Mariachi and his bodyguard called Michael Bunjo, who were jailed-in over the weekend after confirming that they mistreated a traffic officer and smashed his uniform into pieces. They were supposed to be taken to Luzira prison, but they were instead taken to court.

The famous rib cracker, MC Mariachi and Michael, his body-guard were taken to Mwanga II Magistrate’s  court on Tuesday, 3rd July 2018. The crimes they committed include, careless driving, minimizing the officer duties and causing damage to the traffic officer.

However, the comedian who always stages at the comedy store, Mariachi and his Bunjo were cruising a car with a registration number [ UAZ 127T ], of which was identified at the scene.

Lastly the prosecutor confirmed to the court that the Comedian, MC Mariach and his bodyguard in Mengo, Kampala made chaos as they beat up a traffic officer called Eldard Kamugisha, whom they beat up with an elbow, thus pinning themselves into trouble up-to court.

But the rib cracker was released on bail and will be appearing in court from out.

Eldard Kamugisha Mc Mariach rib cracker 2018-07-05
bukejonah
Loading...
Previous: What Made Stella Nyanzi To Collapse At The Police Station
Next: Bobi Wine Failed To Jail Out Ashburg, He Wants To Face Bryan White In Court 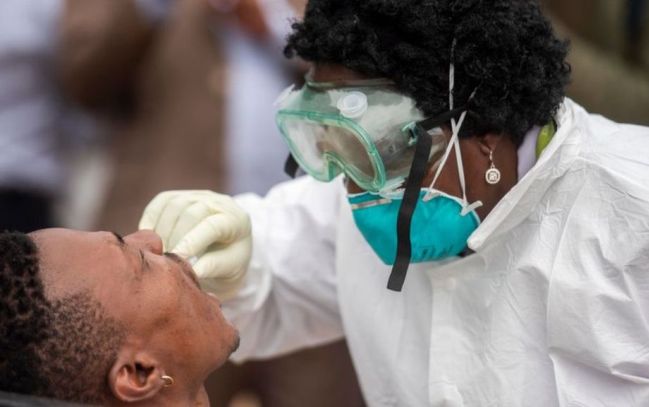 Uganda has today confirmed three Covid-19 cases, bringing the total to 1043. Two of the ...