I Got Married To A Robber – This Is How I Foundout

My name is Rebecca and am a citizen of Uganda (East  Africa), I am now 43 yrs of age, with a son of 20. In 1993, I met peter, I fell in love with him, we were courting for quite some good time, before we got married. Peter loved me and showered me with all kinds of gifts and presents as a sign of too much affection for me.

Check also: I Killed My Husband Because Of My Friend – This Is What Happened!

Time came when peter and I were known to be great lovers by our own parents, since he introduced me to most of his relatives and I also did so. We decided to officially get married and decided to move in together, though we were still renting. In 1998 I got pregnant and gave birth to our first son who we named Jacob. All along, my husband would wake up very early in the morning like at 5:00am to go to work and sometimes would work at night . I asked him what type of work he used to do and he told me he worked for some company in Entebbe, so I didn’t bother researching since he was able to provide for our needs, for both me and my son.

He worked hard and we planned together in terms  of development, we managed to buy a piece of land in Bweyogerere kirinya where we built our house. He also bought himself a car and more two cars so we had three cars at home. I was so proud of my husband because he was loving and caring at the same time but unfortunately, I didn’t know of his dirty tricks and actions. We were so happy together as a family since everything was moving just the way we wanted.

However, what scared me was that my husband would work at wrong hours and received weird calls from people I didn’t know late in the night, one day he got arrested but hid from me, he spent like two days without coming home yet he was in prison, it’s his friend that told me he had travelled some where up country yet it was a plan to comfort me, but I asked myself why he didn’t call me himself to at least explain to me. Those were all lies he used to hide the truth from me.

It was  one fateful day when they went and robbed a company in Nakawa, one of Kampala’s suburb areas in broad day light, I was told when they arrived they all had guns and they went shooting bullets in the air in order silence people in Nakawa market and after getting money from the company,  they tried to escape. A vehicle was waiting for them at the road side, but unfortunately, my husband was the last to reach the vehicle and was shooting bullets recklessly, the police was forced to shoot him dead.

I realised i got married to a robber

I was home waiting for my husband, only to receive shocking news that he was shot dead by the police and his body was laid in the mortuary of Uganda’s referral hospital called Mulago, I was surprised , perplexed and all sorts of confusion came to my mind, I couldn’t believe that all along I had been married to a robber. I was in shame when people in the area where we used to stay heard of the news, they all couldn’t believe it, because of the organised wealth my husband had built. We buried him and later, I decided to sell the house and shifted to another area with my son even his own relatives couldn’t sketch for where we settled with my son.

I decided to raise my son and focus on other things, but as time went on, my son grew into a big man and started asking for his father,  but all I could tell him was that he’s father died during the war in the army. But now my son has reached the University and his insisting on me taking him to his father’s grave and his relatives , I don’t want my son to know that his father was a thief, because I raised him knowing his father was a good man ,What can I do? Please advise me! 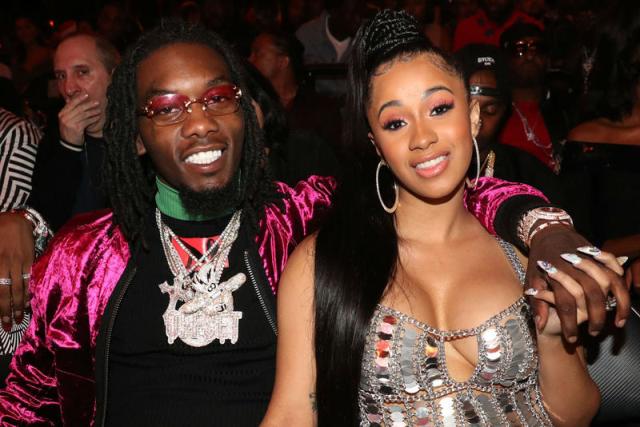 It has become a usual habit for celebrities to breakup after simple misunderstandings between themselves, ...