Ronald Mayinja Hunts A Person Who Annouced Him Dead

Posted by: bukejonah in Entertainment February 20, 2018

The faded golden band musician and CEO Ronald Mayinja known by his long ago hit song “Claire” has turned into a lion after someone pronouncing him to be dead.

Currently, Mayinja is on the hunt for the victim.

He denied all this to people who support his music and public.

Apparently, rumours were circulating all over social media on facebook showing how Ronald Mayinja fell into an accident while trying to hurry up for a show in Mubende district, Kalonga village.

It was a real tragedy after rumors crossing over people’s eyes. It went so viral to the extent of making Mayiinja to wake up for a serious hunt. The golden band singer was so shocked and felt uncomfortable about some people who lack what to do rather than faking rumors to the public.

It was urged that his show was scheduled to take place at Kibaale as it was claimed on social media. However, it was alleged that the CEO of Golden band was transferred to Mubende Regional Referral Hospital after the fatal accident, and later transferred to Case Clinic hospital where he had his last breath in Kampala.

It was recent when his friend, singer and Golden band member Grace Ssekamatte posted the truth about Mayinja on facebook claiming that all what is circulating concerning Mayinja’s death is false and has never involved in any accident.

After all this crap, Mayinja got a chance to go for an interview on BBS TV at Mengo where he was asked about the viral rumours about his death. In his words, he threatened to hunt for that person who had the guts of putting people’s hearts on pressure with fake news.

“Who is spreading false rumors that I got an accident and that I’m dead? I haven’t suffered from any accident even that of a bike. I have posted a lot of videos with fellow musicians, Ssekamatte, Maureen and wife trying to rubbish the allegations from fake social media accounts announcing my death, “Singer Ronald Mayinja commented.

At Newslex, we offer the real truth, so keep posted.

Ronald Mayinja 2018-02-20
bukejonah
Loading...
Previous: 5 Reasons You SHOULD  Marry A Woman Who Loves You More Than You Love Her
Next: Mowzey Radio’s Heir To Be Named 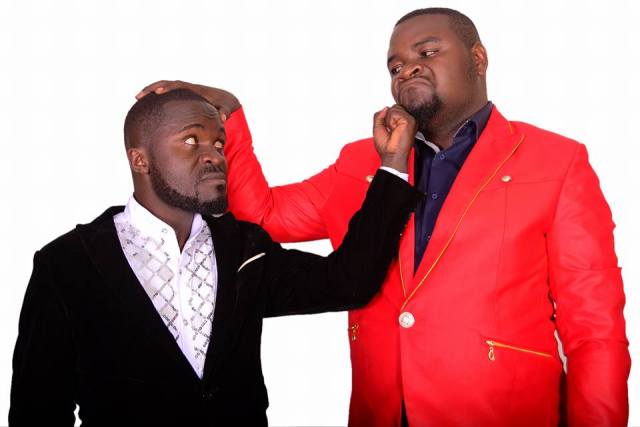