Posted by: bukejonah in Celebrity September 20, 2019

The King of the MIC Katamba Edwin commonly known as MC Kats is gaining favors after his contract being terminated by the Kololo based hangout dubbed Fame Lounge. He’s now letting many of his fans join hands and cherish all his achievements.

During this week, the NBS TV After 5 show host was granted access to host his show dubbed ‘Meet Celebrity Weds’ at the Pearl of Africa Hotel. He immediately started sharing short video clip while feeling his new home of entertainment.

Besides all that, Kats music Uganda is increasingly widening with favorite trending artistes like Shammy K, Heyz Ug and more. Now reports coming in indicate that Fille Mutoni, his ex baby mama is now working out together with him.

He said all that during his appearance at the top hangouts in Kampala alongside DVJ Mercy Pro. 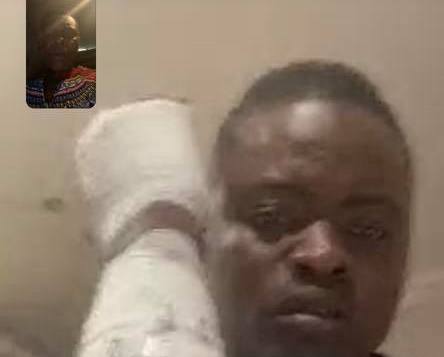