The man, identified as Dennis Ogola holds a Diploma and a Bachelor’s degree in procurement and supply chain management. He has also over time accumulated more than 30 certificates from various institutions across the country. The Kenyan Master’s degree finalist resorted to selling eggs on the streets  of Nairobi for survival. This was after his efforts to secure a job hit a snag.

Born and raised in Rongo, Migori county 30 years ago, Ogola’s journey of life started off with struggle and multiple challenges. Most of his problems started when he lost his father at a tender age. The burden of bringing him up together with his five siblings shifted to their already overburdened mother.

His mother could not afford the costs f sending him to school. It took the intervention of a good Samaritan(neighbour) to send him to school. He saw in him the burning desire for education to rescue his dream. Ogola was then introduced to Mulli Children’s Family home in Yatta. This is where he commenced his primary school education from.

“My neighbour introduced Dr. Charles Mulli who was running a children’s home. He took me in and that is how I began my education journey. The home has a primary and secondary school, so I remained there until I completed Form Four.” he said.

Despite the challenges of having been moved from home to a new environment far away from home, at such a tender age, Ogola remained focused and was often at the top of the class. He sat for his Kenya Certificate of Primary School Education (KCPE) in 2003 and proceeded to secondary school at the same institution. He then sat for his Kenya Certificate for Secondary Education (KCSE) in 2007 where he emerged top in his school.

“After completing Form Four, I was supposed to leave the children’s home because I had reached the age of 18 years hence considered an adult. However, because of my performance and discipline, I was retained and put in charge of the store for three years,” Ogola narrated.

The start of life in Nairobi For Dennis Ogola

Post-secondary education In 2010, he was brought to Nairobi by the owner of the children’s home, Charles Mulli. He was then enrolled for  a diploma training in procurement and supply chain at Kenya Institute of Management.

“He paid for my fees, gave me accommodation somewhere around Yaya Centre and could give a fare of KSh90 daily. I, however, preferred to walk or sometimes I could wake up early in the morning to ensure I don’t spend more than KSh10 to town,” he said.

As he was pursuing his diploma, Dennis Ogola also enrolled for other short term training courses that earned him more certificates.

By the time he graduated with his diploma in 2013, the soft-spoken student had also completed other trainings. These include strategic and project management, Computer studies, HIV/AIDs guidance and counselling and driving among other attainments. He additionally got enlisted as a world youth member after weeks of intense training.

He also underwent thorough training to become a certified member of the Kenya Institute of Supplies and Chain  Management.

“Cumulatively I have over 30 certificates and recommendation papers but all of them have not been useful up to this point,” he regretted.

His journey at Nairobi University

Upon graduating with a diploma, Ogola got a temporary job which motivated him to enroll for a degree at Nairobi University a year later. However, his job ended as soon as he completed the registration process.

“I was being paid KSh25,000 and so I made savings for close to a year. I then enrolled for a degree program at Nairobi University, sadly the job ended before I could start my classes,” he recalled.

Soon thereafter, Dennis Ogola met the Chaplain of the institution, Father Peter Ngugi Kaigwa, who encouraged him and offered to help him complete his studies.

“At first he me gave cash to go and pay the school fees which I did and brought him the receipt. He knew I was not just serious about education but also honest. From there he trusted me and continued to support my education,” Ogola narrated.

In 2017, having felt the burden the priest was carrying to educate him, Dennis Ogola walked straight to the office of the University’s Chancellor. He appealed for financial support to help him complete his studies. After a series of meetings with the staff, he finally met Chancellor Vijoo Rattansi to submit his request.

“He felt for me and offered me a full scholarship up to fourth year, I was so happy, I felt relieved and immediately asked Father to withhold his support for a while,” said Ogola.

In 2018, he graduated with Second Class upper division, only missing one point to join the prestigious First Class category. Impressed by his performance, the Chancellor offered to pay for his Master’s classes which he commenced in 2019.

“I am doing my final semester, were if it’s not for coronavirus, I would have graduated,” he said.

However, despite this long and winding journey in education circles, Ogola’s life has remained full of pain, misery and devastation.

Efforts to secure a start-up job have been futile and has often relied on friends and well-wishers to survive. He has made numerous applications in different firms across the country but lady luck is yet to smile.

“Paying rent has really been a problem. What I do can barely cater for my meals and other personal expenses. I often rely on friends to survive but as usually most of them are tired of helping me. Some even don’t believe that I don’t have a job.”

“My request is, if anybody has a job that can help me earn something at least to support my family at home and cater for my bills, I will really appreciate,” appealed Ogola.

Stories like Ogola’s have become common over the years. Many graduates are still roaming the streets several years after graduation.

Egg Vendor Employment Master's Degree 2020-10-20
William Eninu
Loading...
Previous: Schools Remain Closed Due To Insufficient Funds To Run The New Normal
Next: Lack of Authenticity In Arts Industry Is The Reason For Its Slow Growth 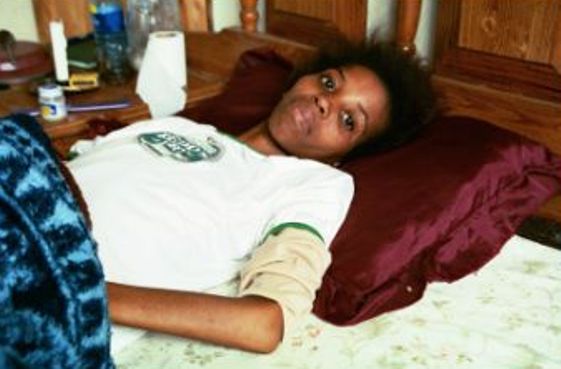