MTN In Talks With Nigeria On $3.9 Billion Fine

He made the comment at a joint news conference with his South African counterpart Jacob Zuma at the start of a two-day visit by Zuma. Africa’s largest mobile networks operator, which makes 37 percent of its sales in Nigeria, its biggest market, last month said it had made a $250 million “good faith” payment towards reaching a settlement after dropping a legal case against the Nigerian Communications Commission (NCC).

“MTN had withdrawn their case from the court and decided to go back and renegotiate the fine, which they consider very stiff, with NCC to find ways the fine can be reduced and given time to pay gradually,” Buhari told reporters in the capital, Abuja.

Buhari did not say when talks began and Zuma did not comment on the matter. MTN spokesman Chris Maroleng declined to comment. Nigeria imposed a deadline on mobile operators to disconnect unregistered SIM cards, which MTN missed, amid fears the lines were being used by criminal gangs, including militant Islamist group Boko Haram.

The fine, originally set at $5.2 billion on the basis of charging $1,000 for each unregistered card remaining connected, is the latest sign of tension between the countries which vie for economic and political dominance in Africa.

A number of South African companies have said they will leave Nigeria, citing currency restrictions imposed by the central bank in its bid to defend the naira as the country battles the economic crisis caused by the plunge in oil prices.

But Zuma said Nigeria and South Africa were forging closer ties. “Our two countries have signed over 30 bilateral agreements and memoranda of understanding,” he said, in areas including trade, industry, security and immigration.

“We have directed the relevant ministers to move with speed in implementing all signed agreements,” said Zuma, who traveled with around 30 business leaders and seven ministers.

Relations between the countries have also been strained by claims of South African xenophobia, with Nigerian alleging that Pretoria subjects them to harsh visa restrictions. Zuma said he and Buhari agreed to “work on relaxing visa issuance”.

South Africa, like Nigeria, has been hit by the downturn in commodity prices with its treasury forecasting that the economy may expand by just 0.9 percent this year, the lowest rate since South Africa emerged from recession in 2009.

In a speech to parliament, Zuma said the downturn had “exposed the vulnerability of our economies and currencies”, increasing the need for greater cooperation between Africa’s two biggest economies.

How Does Diamond Pattern Work In Trading? 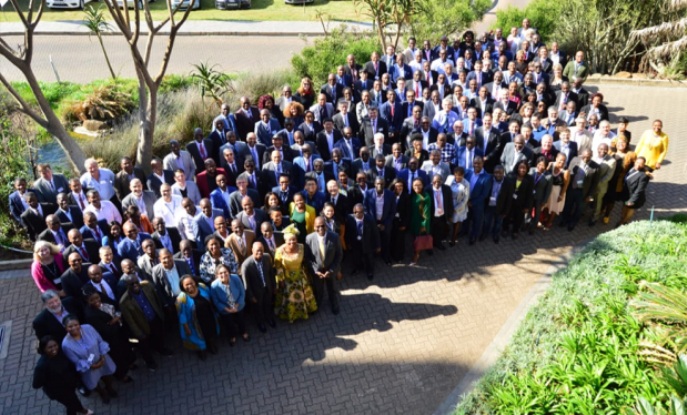 Nairobi-Kenya – The African Telecommunications Union (ATU) has welcomed its 49th member state after the Republic of ...