President Yoweri Museveni says troubled Labour minister Mwesigwa Rukutana will face the courts of law. This is over last week’s violence in Rushenyi county during the NRM primaries.

The police arrested Rukutana in Ntungamo together with his three escorts. This follows a shooting incident in Ruhama, Ntungamo district in which one person was seriously injured and a motor vehicle damaged during the NRM primaries a day before.

“The suspects are in detention on charges of inciting violence, attempted murder by shooting and malicious damage,” Polly Namaye, the Deputy Police Spokesperson said.

President Museveni  disclosed on Monday that Rukutuna will face prosecution for the offences he committed.

“The cheating in the NRM Primaries is over. Those who beat People, like in Bukono, are all in jail or on the run.  They will be fully accountable with robust charges: assault, attempted murder, murder etc.” The President said.

The president described the NRM members as “shallow crooks”. He added that these members still think they can bribe, intimidate, assault or alter results of the obvious that was witnessed by hundreds by lining up.

Rukutana picked an AK47 rifle from his police guard and advanced towards a car occupied by unidentified people. According to eye witnesses and a video that is still making rounds on social media, many viewers call him arrogant.

The guard then quickly removes the magazine from the gun, preventing the minister from shooting people.

The incident followed unprecedented violence in Rubaare (the minister’s home town) where Rukutana is battling Naome Kabasharira in the Rushenyi NRM MP primaries.

Mwesigwa Rukutana says he picked a gun from his guard to to protect himself from armed people.

Rukutana’s opponents raided his home to collect evidence of voter bribery at his home. 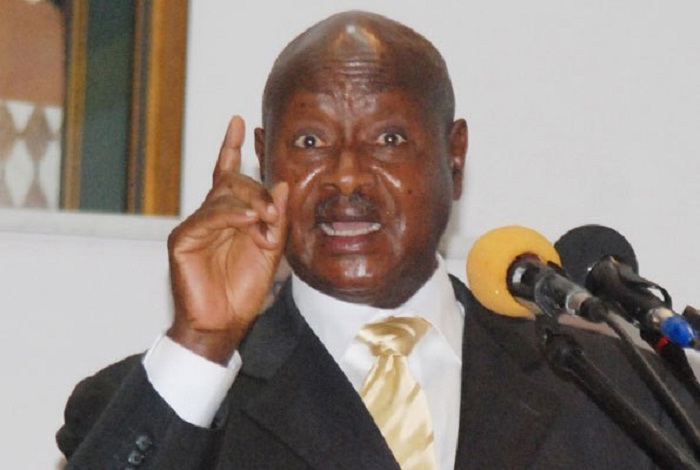 President Museveni has said the recent assassination attempt of Gen Katumba Wamala has exposed the ...