Officials from South Korea have revealed that North Korea recently fired an intercontinental ballistic missile (ICBM). Apparently, the missile is intended to hit targets on the other side of the world.

The launch of this ICBM is Pyongyang’s seventh launch this year. It also comes amid concerns that the country will soon be testing a nuclear weapon.

It comes a day after both Koreas fired missiles in an escalation of tensions. This exchange marked the most number of missiles launched in a single day by the North.

At the time of the launches, the US and South Korea have been carrying out large joint air drills. The North has regarded these drills as ‘aggressive and provocative’.

Following these launches, the Japanese government issued a rare emergency alert on Thursday morning to residents in some of its northern regions. It warned them to stay indoors.

Wednesday’s launch saw one of Pyongyang’s ballistic missiles cross the Northern Limit Line (NLL). The NLL is a disputed maritime border between the Koreas.

It landed outside South Korea’s territorial waters but was the closest a North Korean missile got to the border. 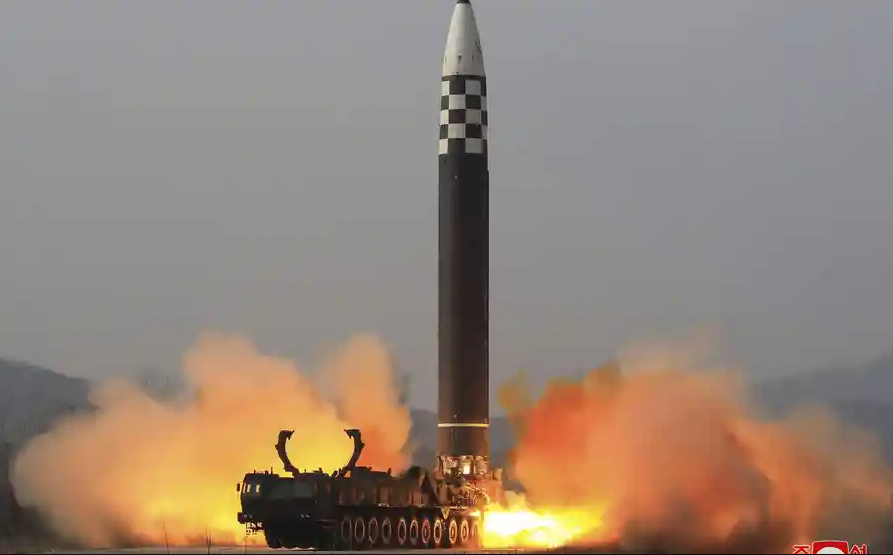