Locals of Mufutu village in Lugari, Kakamega county Kenya, decided to discipline a pastor who was found in a compromising situation with another man’s wife.

The pastor of African Divine Church only identified as Samuel, was in his birthday suit at a time he was caught red-handed in the bedroom with Mulongo Charles’ first wife.

Mulongo had visited his 3rd wife where he planned to spend the night on Thursday, 7th May 2021. In the meantime, he was informed that some of his sons had mercilessly beaten an unknown man in his bedroom.

“I was in my other home when I got a call from one of the neighbors informing me that someone has been caught in the act with my wife. A woman should not disrespect you to the extent that she brings men in your bedroom. That is intolerable,” he said.

When he realized that his ungodly behavior had come to light after being blocked from what would have turned out to be a perfect night, the sexual pastor tried to engage Mulongo’s elder son in a physical fight.

“When I opened the door, I found him naked in bed. He tried to fight me but I managed to hold him. Realising that he had been cornered, he jumped out of the bedroom and disappeared into the darkness,” one of Mulongo’s sons recounted.

In other news earlier published by NEWSLEXPOINT.com, a famous pastor in Masinga Constituency Kenya kidnapped his neighbor’s 12 year old school girl during the closing day over unknown circumstances with her parents.

He then hid her in a secret place and demanded a Kshs2 million (approximately over Ugx70,000,000) ransom on her head. 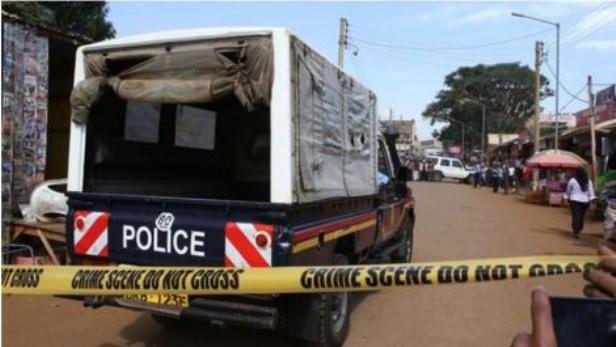