Home » Entertainment » I Was Puzzled With Radio’s Death, I Got 14 Not 32 Points-Spice Diana.

I Was Puzzled With Radio’s Death, I Got 14 Not 32 Points-Spice Diana.

Posted by: bukejonah in Entertainment February 13, 2018

Spice Diana started off schooling at Kibuli Demonstration School from which she later joined Nsambya Senior Secondary School where she got 32 points. She then went to Kampala Citizen College where she proved with 14 points in s6. Spice later joined Makerere University pursuing Industrial Arts.

The slay queen Spice Diana made news after implying that she got 32 points in s6.

When this crap fell in people’s ears, they captured the clip and started circulating it all over social media platforms which left Spice uncomfortable by posting on her official face book page.

However, Spice said she was confused and apologized for making such a big mistake on that interview with Farida of NTV.

“This all confusion came along because of Mowzey Radio’s death and more my show which affected me so much after being postponed. But I had to do interviews because it was indeed a must and things kind of turned opposite.” Spice defended herself.

She went and posted to her funs asking for apology towards the shaming situation. Most of the people were like, Spice went to school for nothing.

See what she posted

I also would like to make a few things clear especially whats going on about what i said on TV last friday about my results. I have been going through a crazy phase esp last week when i had a show, then RADIOs death is something i haven’t gotten over plus when I Postponded my concert a week later it affected me personally. I was so stressed but i had to do interviews and try to push the show. This made me disoriented in a way and later i even became sick, Although i had to do the show regardless of what i was going through emotionally. I made a mistake during my interview on TV that was due to mistaking my S6 results with S4. Honestly its been long since i left S4 or even S6 I couldn’t remember exactly the points as i hav lost touch since. However let me attach my actual results for you my fans. Am sorry for the miscommunication. We are all humans. We make mistakes.lets get over this guys “Aaaah Ahhhh ANTI KALE.Nekyo Kigwa Kale Kantu katono kakukubya embale” Thanks God bless

She concluded and as you know, Newslex point brings proof. We hope your all fully satisfied.

Whoever Stages A Show On Valentines Day Will Make Money – Salvador 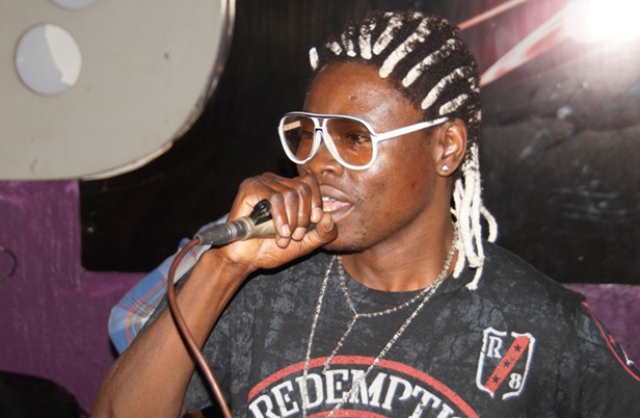