TV presenter Fifi Da Queen’s cases are going viral. From being accused of vending herself to married rich men, sleeping with workmates at Vision Group.

And now another social media claim, has engulfed the embattled ‘Kanayokyani’ presenter after a one Joram Kaliisa, 27 alleged that Fifi Da Queen infected him with HIV/ AIDS.

According to Kaliisa two years ago he was working at Makindye based Chicken when Fifi ordered for some snacks. Kaliisa took the order and delivered the snacks to Fifi who had stayed in her car.

On delivery, Fifi Da Queen gave Kaliisa a tip of shs10,000 plus her phone number telling him to call her.

On the following day, the excited waiter decided to call the presenter who in turn told him to meet her at one of the Hotels in Makindye.

“Queen thanked me and gave me tip amounting to ten thousand shillings plus her mobile number as well that I should call her, next day I did what she told me, i called her and we made appointment to meet at (Tandem hotel) opposite Makindye military barracks. I went there and waited for her, until she came at around 6pm. We entered the hotel and she got a room plus orders of drinks. We started drinking while chatting about different stories, later “nga ntamidde” we started romancing and everything as you know,” Kaliisa stated.

Kaliisa adds that in a due course, the intimate between them got so serious in that they continued sleeping together subsequently.

Unfortunately, Fifi begun to cut the relationship short between her and Kaliisa pretending to be overtaken by work. Due to Fifi’s changed behaviors.

Kaliisa was prompted to realize that something was wrong thus going for a medical an HIV test and hopes reduced on realizing that Fifi had actually infected him with AIDS.

Below is Kaliisa’s full story;

Am Joram Kaliisa, 27yrs and I reside in Makindye, this is my story and how i got infected.

I was working at chicken tonight Makindye 2yrs ago. Fifi Da queen approached me at night and I think she was from a show, she made her order and she told me to help her take her orders in her car. Later, when her orders were ready, I took it to her car were she was sitting. She thanked me and gave me tip of 10k more so giving me he mobile number to call her. The next day, I did what she asked me to do, i called her and we made an appointment to meet at (Tandem hotel) opposite Makindye military barracks. I went there and waited for her, until she came at around 6pm. We entered the hotel and she got a room plus orders of drinks. We started drinking while chatting about different stories, later “ nga ntamidde” we started romancing and everything as you know. From that day we kept on whatsapping and i used to call her, after 3days we met again at the same place and still we had sex.

The last day she called me and wanted to see me, I told her am available because I had a day off at work and so i used a “bodaboda” to meet her in Makindye. We had sex in her car and from that day, Fifi started hiding away from me claiming that she is always busy until I ignored her.

I went for a checkup only to realize that am HIV positive.

If Prophet Mbonye Met Satan, Let Him Prove To Us – Wilson Bugembe 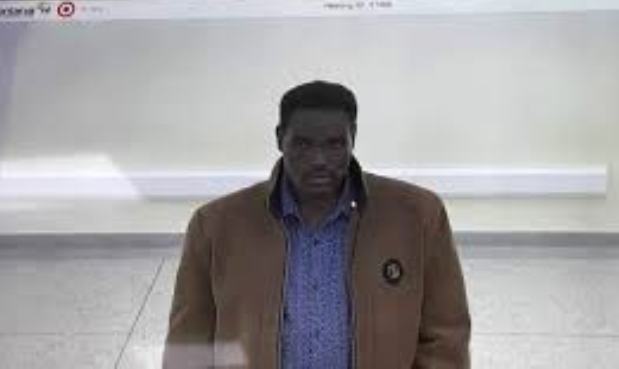 Pastor Yiga Released On Bail After Spending One Month In Jail