Residents of a Kenyan village got the shock of their lives as a man they presumed dead and buried four months earlier returned home. Questions emerged on the identity of the body they picked from mortuary.

The man identified as Stephen Ogolla, showed up at his home to the surprise of everyone. His brother Steven Ouma fled when he saw him, the family had apparently buried four months earlier.

Ogolla looked forward to being with his family after four months away. His brother Ouma thought he had seen a ghost. To him, his elder brother was dead and buried.

“I couldn’t tell how a brother, whose body we identified and buried could live,” says Ouma.

Ogolla had no idea what was going on. He stood helpless and wondered why the residents he knew very well were treating him with suspicion. No one even wanted to move a meter close to him.

How events took a twist

Like a script straight out of a movie, the plot thickened after some boda boda riders bundled and handed him to police officers at Matayos Police Post.

As of yesterday at the police post, Ogolla was still confused by the news of his burial by his family.

However, the biggest question is, who is the dead man in Ogolla’s grave yard?

Ogolla appeals to the Kenyan government to exhume the body in his compound.

Ogolla disclosed he was in Port Victoria all this while. He said he was fishing to make ends meet. He had not informed his family when he left their home at Nabisiongo village in Matayos constituency, Busia County.

It was from his disappearance from the village that residents embarked on a search mission. A few days later, word went round, somebody spotted a body floating on River Suo.

Police officers led by Busia OCS Julius Lingole took the already decomposing body to the mortuary and Ogolla’s family members were called to identify the body.

On the day of the burial, angry villagers descended on the home of the person they believed had murdered Ogolla. Police engaged in a fierce fight with locals who were baying for the blood of the man.

Yesterday, the father of seven appealed to elders to perform rituals before he could enter his home. 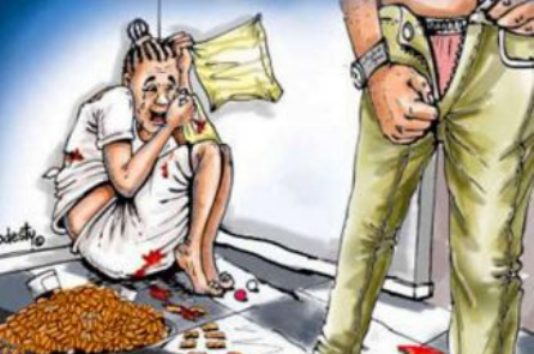