Sporting stars have followed Hollywood and music industry celebrities into the world of startups and tech investing, but until now the world’s biggest soccer player, Cristiano Ronaldo, has played the tech ball close to his feet. Ronaldo’s vision for a new vehicle will be called 7egend

Check also:I Want To Be A Dad Of Seven Children-Cristiano Reveals

Not any more. The highest paid player in the world has bought the lion’s share of one of Portugal’s biggest digital agencies with a view to create a new tech brand and a vehicle to launch new tech products.

To achieve this Ronaldo now purchased a majority stake in Portugal’s Thing Pink. The agency, led by Luis Parafita, has been involved in a number of high-profile projects on the Iberian peninsula. Thing Pink previously described themselves as “a multidisciplinary team of thinkers, strategists, designers, engineers, producers, pirates and proud geeks, reshaping digital experiences and ecosystems.”

Ronaldo’s vision for a new vehicle will be called “ 7EGEND ”, replacing the Thing Pink brand. The team is now working with the Madeira-based Craque to launch the brand. It also has a presence on Instagram and Facebook.

Sources tell me that 7EGEND is more or less the “continuation” of Thing Pink, but that this will go on to start producing its own stand-alone tech products.

Thing Pink was previously responsible for installing the entire digital component of the new CR7 museum in Funchal (on Madeira Island), and is noted for developing smartphone applications for McDonald’s, FNAC and Futebol Clube do Porto.

In addition to being the highest paid player in the world, Ronaldo has investments and businesses in areas such as textiles and footwear, and partnerships with brands ranging from watches to food and hospitality. 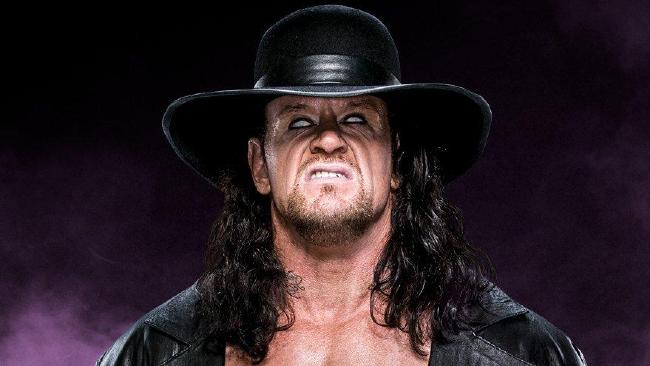 With no fans to bid him farewell and a microphone in hand, The Undertaker declares ...