A 30 year old shameless man identified as Kisomeso Kassim, a resident of Busiika Luwero District has shocked court after asking to be castrated instead of being subjected to 30 years in prison over defiling his 10 year old sister in-law.

The court found Kisomeso guilty of defiling his sister in-law for a period of fifteen consecutive days. This was between 14th to 29th September 2019.

According to the Luwero State Attorney Ms Alok Odong Beatrice, the accused frequently engaged in sexual activities with the young girl until he was discovered by his wife.

Kisomeso however told court that he was drunk at a time of committing the heinous act. He also added that his wife accused him falsely after having misunderstandings.

One of the witnesses and a medical doctor at Kalagala Health Centre IV, told court that the minor’s mucous membrane was raptured. This caused her to develop an infection before she was taken to the healthcare centre for treatment.

Kisomeso was declared guilty of the crime. The judge then sentenced him based on the report given by both his wife and a medical doctor.

After being declared guilty, the accused shocked everybody when he asked court for lenience. He instead asked for judicial sentence, to be castrated in order to kill his sexual desires. He wants to be given a chance to take care of his 8-months old baby.

However, the Chief prosecutor asked court to sentence Kisomeso to 30 years in prison. This was because he wasn’t  regretful and wasted court’s time and resources.

During the sentence, the Justice mentioned that there is no such a punishment in the laws of Uganda. There is no such thing where a criminal like him can be castrated in order to protect the public. He instead continued with the prison sentence and on top of that he also fined him Shs400,000. The fine is a compensation for the emotional stress and physical injuries on the minor.

‘The punishment will keep this shameless man away from public and discourage others from committing the same crime.

In another news earlier published by Newslex Point, residents of Siaya County in Kenya were left in shock after the death of a Standard 2 girl who was allegedly defiled by her maternal uncle the past one month.

The 11 year old girl, who was a pupil at Magungu Mixed Day and Boarding Primary School passed away at Siaya County Referral Hospital due to issues linked to defilement.

The innocent girl was buried after she succumbed to injuries connected to defilement complications allegedly in the hands of her uncle in the past four weeks. 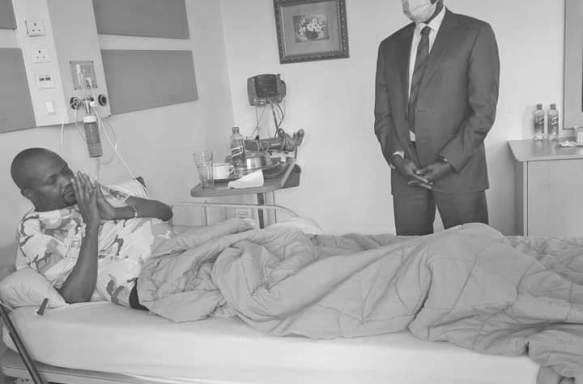