A video making rounds online has captured the moment where police placed three “Slay Queens” in handcuffs after their alleged sponsor escaped without paying the bill.

The unidentified man brought them to a Ghanaian hotel, everything was going well until the bill was brought. The man asked for an excuse and that is how he made his way out of the hotel, leaving behind all his “dependents”.

Local news reported that while in handcuff, the women continued to argue among themselves as to who is to blame for their ordeal.

However, even after the argument, the slay queens could still not come up with the amount of money the hotel was demanding. They could neither produce the man they came to the hotel with.

Watch the video shared via Atinka News Instagram wall below……..

The ladies, dressed in skimpy dresses can be seen arguing while in handcuffs. Of course, such videos don’t usually end without any form of reactions. Here are a few of them we thing you might want to check.

Sorry ladies as the mafia bosses say nothing personal just business next time you won’t leap after looking.” olamilekanadewoyin had this to say;

, “Learn to make your own money,’ hallelua23 also said.

“On a normal day who brought them in is the person that lounge them you guys have business with not the ladies it’s the careless of the receptionist or the manager that make the man to leave the hotel premises without paying his bills. All the blames should be on the waiter, receptionist, manager and the security.” jennasadaugo8414. 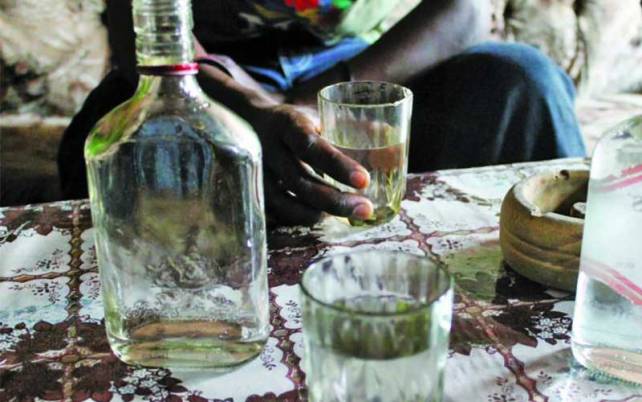