How many of you have ever come across a stressed parent in life?.. as for me the writer, am very sure 90% of students out there persuade their parents to pay their tuition fee more than what the school demands.

This stressed parent shared a story with us about how his only son made him loose trust. The student took advantage to bribe his parent because of his guiltiness and illiteracy.

The parent identified as Muhangi recently reached us to express his bitterness towards his son.

He disclosed his unfavorable experience with his son whom he paid abnormal excess fees at Makerere University during his 4 year period which he reportedly spent living a luxurious life without him knowing.

Here is the story of this stressed parent

‘When my first born was admitted to Makerere University, I was so over joyed. I started seeing a clear ray of hope for my family and generation as he was going to be the first university graduate in the family. I am a Primary School teacher and I understood the value of education so I could do anything to ensure that my boy attained it.

He was admitted to do a bachelor of Law and I made sure every one in my village knew that my soon would soon be a lawyer and drive monster cars that I have been seeing lawyers drive. Little did I know that he would take advantage of my excitement to fleece me of every savings I had accumulated.

Semester per semester, I worked myself dry to raise 1.8M tuition, 1.2M in hostel fees (after he told me he failed to get a hall of residence) and 1M in food which he told me the hostel charged. Yet as it turned out, he was paying 1.2M for tuition, 300K accommodation in Lumumba Hall and the most he could spend on food per semester was 300K on a meal card for government food.

By the time I realized what he had done to me, my daughter had enrolled at the same university for the same course and was staying in Mary Stuart Hall when she was told that her brother was a former Chairman of Lumumba – that is near her own hall and she was charging me the exact fees that the university demanded without adding a penny. The contrast in costs broke my heart at that time, but there is nothing I could do. May God bless my daughter.

It is not so long ago by the way, my son was admitted in 2010 and I have never told this story but everyday it has been hurting me knowing that out there, there is a similar parent suffering my misfortune because our children have grown in an era where if you are not holding the popular iPhone – you are not holding a phone at all.

I call upon students to be considerate of their parents and understand that they put everything on the line to see that their sons and daughters achieve an education. It is very unfair when you hike fees because then you leave them indebted and selling whatever properties they would otherwise leave for you to inherit.

To my fellow parents, try and be observant. Befriend your children and ensure that they don’t grow up with bad habits of lying and thieving since these are what they would later use in life to do such things to you. I forgave my son, but I learn’t a lesson and it hurts me when another parent suffers the same.’

Therefore, parents should be totally aware about their children’s safety to endeavor that they don’t go astray. 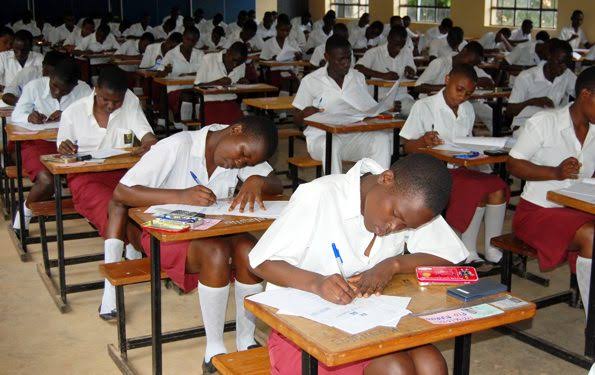 Headteachers have been Urged to brief Senior Four candidates all over the country set to ...