An empty street in Kampala as of Wednesday 13-Jan-2021

Thousands of Ugandans have and are still  fleeing Kampala City  for whatever reasons they have. What seems to be a major reason however is the fear of the unknown. With the deployment of thousands of soldiers and military vehicles allover the city, one can only get scared.

Some however, are heading to their polling destinations which are outside Kampala to vote.

Many Ugandans foresee post-election violence that may arise after elections. This is especially in Kampala which many consider the hotspot of violent scuffles between Police and the rioters.

In the previous elections, Kampala City and its surrounding areas have always been chaotic. Therefore, some people can’t help but think that violence is inevitable.
The only safer option is to flee the city for the countryside where their is nearly no military deployment of such a heavy magnitude.

A number of people have been seen boarding buses heading out of the city. The city streets have also been deserted, yet they are usually crowded on normal days.

Why the heavy military presence

This heavy military presence however comes as a result of the riots in Kampala in November. This was due to the arrest of Bobi Wine as he went about campaigning.

Deadly clashes with security forces quickly ensued and it left over 50 people dead and several others injured across the country. This is probably the main reason many have deserted the city.

This vote puts President Museveni, who has been in power since 1986, against Wine, who is the opposition front-runner.

Bobi Wine, 38, has urged supporters to turn out in large numbers and to “protect” the election from rigging. He accuses the ruling party of trying to intimidate voters.

bobi wine museveni post-election violence 2021-01-13
Newslex Admin
Loading...
Previous: US Executes Lisa Montgomery, The Only Woman On Federal Death Row
Next: US Election Observers Will Not Cover Uganda Elections After EC Denied 75% Of Their Journalists Accreditation 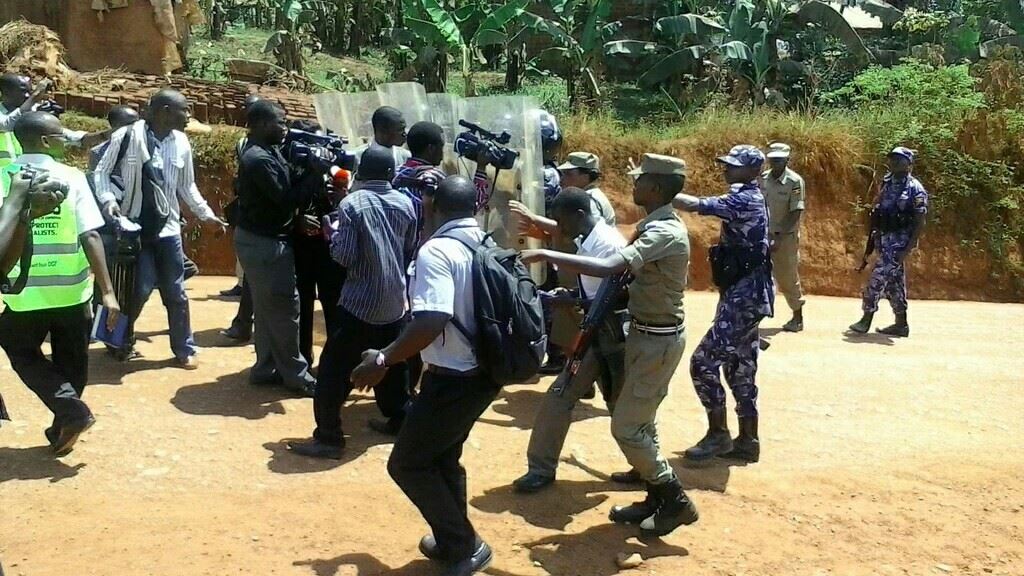 The Uganda Electoral Commission has said in a statement that the only requirement for journalists ...