The Uganda National football team, the Uganda Cranes will if all goes according to plan hire Chris Mcginn to fill up the void of the national team manager.

McGinn has worked with some of the top premier league clubs like Arsenal. He was both a Youth and Strikers coach for a period that spanned 10 years.

He has also been at Chelsea, Fulham, QPR, Sheffield Wednesday, Carshalton Athletic, South Park among others.

“Chris McGinn- currently a coach at Chelsea FC and has worked with top prem clubs like Arsenal- now being looked at by Uganda football federation as the next manager.” Romano posted.

This obviously threw the Ugandan fans on social media into a frenzy seeing this news reported by the accredited journalist.

What this means for the Uganda Cranes

Uganda Cranes have gone months without a manager ever since the sacking of Irish manager Jonathan Mckinstry by FUFA. Apparently this was due to his dismal performances.

A caretaker and KCCA manager Morley Byekwaso took charge of the national team since then.

Byekwaso saw the Cranes play a friendly match with the South African national team which ended in defeat last month.

He’s currently with the U23 squad that’s taking part in the ongoing CECAFA U23 tournament in Ethiopia.

Ugandans have for a long time called upon FUFA to give chance to some of the local managers to coach the team in vain.

Moses Basena was the last indigenous coach to manage the national team.

The rest have been foreigners such as Laszlo Czaba, Bobby Williamson, Michu, Sebastian Desabre and Jonathan Mckinstry the most recent one. 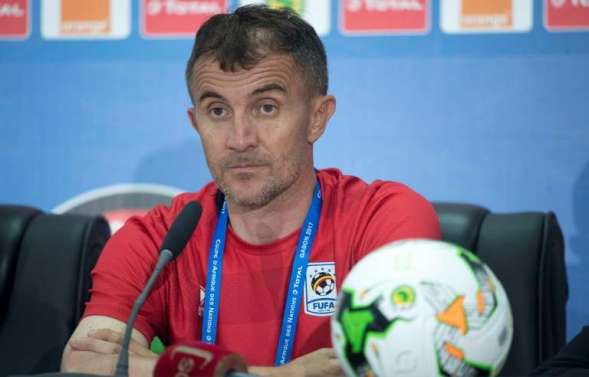 Serbian football manager Milutin Sredojević Micho has been reappointed as the new coach of Uganda ...