Home » Life style » What Is Tash Game & How To Play It Like Pro?

Card games are popular throughout the world. It has been around since ancient times and has only adapted to the changing tide of style and mindset. Its flexibility is one of the reasons why card games, unlike many other games, did not go out of fashion. Different countries and cultures have modified the games in ways that fit their tradition and ease. It would hardly be an exaggeration to call cards a universal indoor game.

The game of cards is also called tash in India. Tash game is extremely popular in India and almost everyone knows the basic rules of the popular variations. It is prevalent in all parts of the country, but each game’s rules may differ depending on its area of origin.

It is needless to say that a tash game requires cards and players. There are many variations, but to master them, one must first learn the basics.

What is a Tash Game?

Tash games are not new to Indians. In the older times, the tash game was loved equally by the elite and the commoners. Paintings, poems, and other records have often depicted kings and emperors playing a tash game during their leisure. India has a strong connection with card games, and variations like teen patti, satte pe satta, teen do panch, and other such native tash games are proof enough.

It is almost impossible to precisely trace the origin of the tash, but several documents attribute it to China. It is believed the Tang dynasty invented this game, and through merchants, travelers and collectors, it spread throughout the world. However, neither the cards nor the rules were as we know them today. The standardization of the suits (hearts, spades, clubs, and diamonds) was brought by french card makers in the 16th century.

Cards were initially handmade and thus expensive. It was available at cheap rates only after printing was possible. With standardized and cheap cards at one’s disposal, people began to take an interest in the game more than ever.

How Tash Came to India

While modern cards officially came to India around the 19th century through British trade and colonization, the Ganjifa was a card game played during the rule of Babur. It is also believed that Ganjifa was inspired by Chinese cards brought by immigrants in the 13th to 14th centuries.

Ganjifa was a royal affair, and royal artisans made the cards with palm leaves, wood, pasteboards, and other luxurious items such as tortoise shells and other precious stones. Evidently, it was not popular among the common people.

However, the tash game as we know it today was brought by the British in India and soon became people’s favorite, royalty and commoners alike. Several painters like Raja Ravi Verma has paintings pertaining to card games played in India.

Over time, the images on these cards may have changed, but the sentiments have not. And hence, you will still find small groups playing a tash game in India to while away their leisure.

Although card games have always been on the map of Indian activity, their popularity has fluctuated from time to time. Busier and more isolated lifestyles have compelled people to give up the pleasures of community. However, during the pandemic, with nothing to do except panic, these age-old indoor games came to our rescue.

Online gaming platforms revived cards and other such games which people often played at parties and gatherings. The lure of simulation of normal life and socialization brought people to their screens and helped them connect with several enthusiastic players worldwide.

Online gaming platforms have rejuvenated the nostalgia of community games and given people a way to connect to old friends as well as make new ones without having to step outside the house. Now one does not need to compromise on priorities to play a tash game. You can simply log in to a reliable gaming portal and play with your friends from the comfort of your own home.

These platforms also allow you to take home prize money for winning a game. Therefore, you not only have fun while playing tash, but you might very well earn some extra bucks doing so.

How to Play a Tash Game?

Every tash game is played with a standard set of 52 cards known as a deck. The additional Joker cards are sometimes used depending on the rules of the variations you are playing.

Playing a tash game is pretty easy if you know the basics. A dealer starts the game by dealing cards to the players. The players then decide to bet, call or raise. There can be several betting rounds depending on the players and the game. Those with strong hands choose to increase the bet, while players with weak hands often stop. The process stops once the pot is full, or a winner emerges. The player with the highest card is the winner and takes the whole pot.

Knowing the basics will help you wrap your head around the game quicker but for more clarity, always read about the rules before playing. Make sure you know the suits and ranking well. It is important to know the rules by heart to completely understand the game especially if you are playing real money.

Here are some of the best tash games you can play from your online gaming app today:

Tash can make any part of your day exciting and rewarding with real money gameplay. So, what are you still waiting for? Find the most appropriate platform for tash games and start playing. If you are a beginner, we suggest you play some rounds for free before you start with real money. It will give you more experience and a better chance to win.

“He Never Wanted To Go”: Funny Mother Wears Uniform And Socks, Dances With Her Little Son As They Head To School

Date Gone Wrong: Lady Reveals How She Ended Up Paying For A Date She Was Asked Out On 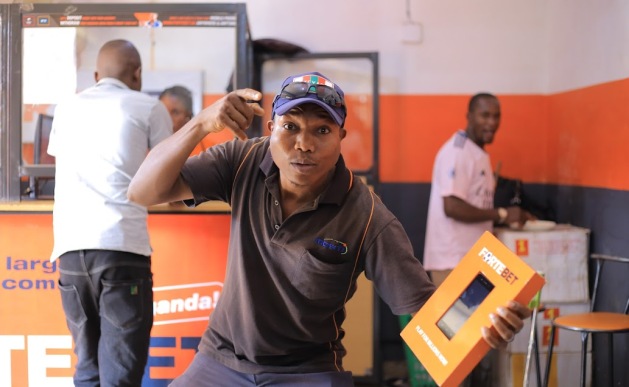 Again, Fortebet did one of the things it does best; rewarding its clients with amazing ...