It seems like singer Winnie Nwagi draws the ‘I don’t care’ attitude from her father. While appearing in an interview, the singer’s father came to her defence.

This is in regard to her ‘indecency and ill manners.’ Nwagi’s father said that there are people just trying to sabotage his daughter’s career.

He made the comments following the recent embarrassment Nwagi faced at the Internal Affairs Ministry. She was chased apparently for dressing in skimpy outfits.

However, her father says that she wasn’t dressed indecently. She was just turned away because she’s Nwagi and therefore they wanted to make news.

He added that if it was a white person, they would have been given a free pass. Yet Nwagi also copies these dressing styles and the clothes from the countries abroad where she performs.

Furthermore, the Malaika singer’s father added that contrary to what they speak about her indecency and ill manners, she’s actually calm and even when she goes to visit her younger siblings at school, she’s always decent.

Therefore people should learn to differentiate between office wear and other types of wear. Besides, Nwagi only loses her temper when she’s provoked. Otherwise, she’s very calm.

“I don’t see what was wrong with her outfit, it was perfectly fine. But I will get her an outfit that pleases the Ministry officials next time she’s going there. My daughter is very calm and whenever she’s going to visit her siblings puts on long wear. I’m sure if it was a white person, they would have been let to pass freely. But Nwagi also buys those outfits and copies the styles from abroad where she goes to sing. There is someone trying to sabotage her career. It’s the reason they keep pointing out those nonsensical small mistakes,” said the singer’s father.

He also came to her defense over her recent ban from the UK alongside Fik Fameica. Nwagi’s father revealed that his daughter wasn’t in the wrong.

It was Fik Fameica who had a side hustle to sing at yet they had to arrive at the main show together. Nwagi, therefore, opted to wait for Fik which angered their booking promoter.

He concluded by saying that he’s so proud of his daughter because she has a number of good things about her. 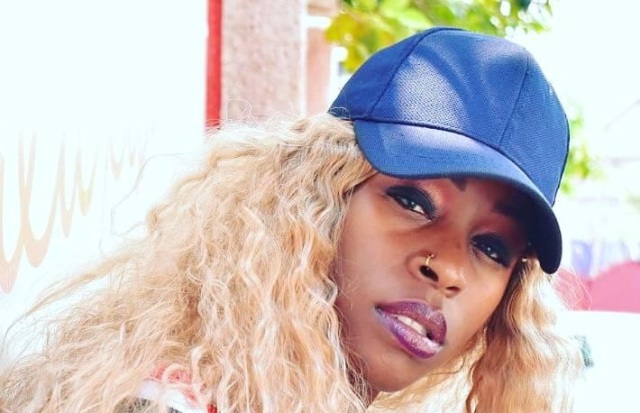