The story of a Kenyan woman identified as Wanjiku Merab left many people shocked after she narrated how she came back home with two kids from disreputable Sudanese men after years in the Kingdom of Saudi Arabia.

Merab left Kenya seven years ago following her abusive marriage to her Kenyan hubby and from which she sired three wonderful children.

In an interview with Baruthi Wa Thayu YouTube channel, the Kenyan woman disclosed how a series of events led her to fall in love with two Sudanese men and left her pregnant.

However, she narrated her ordeal and left a bit of information out of fear of humiliation and judgment provided her story had already left many Kenyans shocked.

She has now revealed she is 5 months pregnant with her sixth child. The father to her unborn baby is a Saudi Arabian man whom she stayed with before she came back to Kenya.

Merab narrated that her second child Angel’s father, one of the two Sudanese men she had romantically fallen in love with, left her to toil on her own. She however got the rescue from the Arab man.

“After he left (the Sudanese man), I was left homeless, and around this time, this Arab guy had been pursuing me for quite some time despite being in a relationship with a woman who was a friend of mine,” she said.

When she met her Sudanese baby daddy, he helped her with some hospital bills during her second pregnancy but they separated after he was involved in an accident.

At a time, she struggled to survive mainly after giving birth to her second baby.

‘’It was very tough finding a job in a foreign country and also getting somebody to take care of my two kids,’ she said.

Reconnecting with the Arab guy

The situation became more worse after the lady who was hosting her and helping her babies began treating her with contempt. The Kenyan woman reconnected with the Arab man who allowed her to move in with him together with her two children.

“I looked for him because I had no one to turn to. I went to live with him and that was how I got pregnant (for the third time in Saudi Arabia),” she said adding the pregnancy took her by surprise given she was using family-planning pills.

It is unfortunate that, just like her previous baby daddies, even the Arab guy threw her out and abandoned her after he got to know she was pregnant.

She was forced to surrender at a deportation centre and decided to come back home.

Merab Wanjiku 2022-01-16
lukwago J
Loading...
Previous: I Can Never Do Amapiano Music – Gravity Omutujju
Next: Woman Reveals How She Got A Job In Qatar

Why You Need To Have Good Relationship With Your Workmates 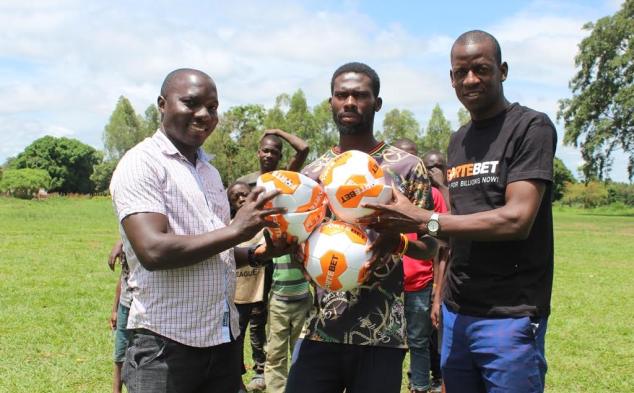 “There is no doubt that Fortebet is Uganda’s number one betting company. The main reason ...