On February 18 at 11.50am, Desmond Kipkoech walked into Mercy Mission Hospital in Eldama Ravine town, Baringo County — not because he was sick, but for a noble course — to donate blood. However, circumstances under which doctors pronounced him dead hours later has left many people asking questions.

At 1pm, video footage obtained from the hospital’s CCTV cameras captured him leaving one of the examination rooms staggering.

A little over thirty minutes later, the camera shows him collapsing on a bench outside Room 15 at the hospital. At 4pm, doctors pronounced Kipkoech dead and wheeled his body to the hospital’s mortuary.

With many questions still unanswered, his family is now demanding the hospital explain circumstances under which a completely healthy man was pronounced dead hours after checking into the hospital to donate blood.

According to his elder brother Samati Kemboi, Kipkoech, a student at the Kenya Medical Training College (KMTC) in Eldoret, was in Eldama Ravine to visit his wife, a clinical officer at the hospital.

What the family says

“We are shaken and devastated. Our brother went to donate blood to save other people’s lives but ended up dying,” said a tearful Kemboi.

According to his brother, Kipkoech left Eldoret last Thursday only for him to be called later in the day by Emma Koech, a nursing officer at Mercy Mission Hospital informing him he was dead.

Kemboi further said a nurse claimed that his brother developed nausea and began vomiting before donating blood, a story he dismissed.

He said the CCTV footage showed Kipkoech in the process of donating blood before he started experiencing health challenges.

“The nurse claimed my brother was not fit to donate blood but in the CCTV footage, which the hospital allowed us to view, a laboratory technician is seen carrying donated blood to the storage room,” said Kemboi.

In the footage, that The Standard newspaper accessed, a video footage shows the man walking into the hospital at 11.50am. They took him to the ultrasound room where they collect blood donations. He stayed in the room for about an hour.

At around 1 pm, he left the room staggering and sat outside. He appeared to be in pain.

While on the bench, he fainted and nurses quickly placed him on a stretcher and wheeled to an emergency room. He appeared to be in a critical state. Unfortunately, he died while doctors attended to him.

“We would like to know what transpired during the blood donation process. Did he develop complications, or what exactly happened inside that room,” posed Kemboi.

Kemboi claimed his brother was in perfect health before he walked into the hospital. The family now wants the police to investigate the matter, and for justice to prevail.

“All we want to know is whether there was some form of medical negligence during the process since Kipkoech, as far as we know, was in good health,” said Kemboi.

Kipkoech’s cousin Kiprono Lobolei said the family will not rest until they get justice.

“It is strange to walk into a hospital healthy and die under mysterious circumstances. We want to know what killed our brother,” he said.

A post-mortem examination report conducted at the very hospital on Wednesday shows that Kipkoech could have died of heart-related and blood pressure complications. The results are, however, not conclusive.

Was Kipkoech’s death an act of negligence or an accident?

Rift Valley DCI boss Paul Wachira told The Standard newspaper that investigations are meant to establish whether the complications that Kipkoech developed could have been brought about by negligence at the hospital or an accident.

The hospital’s management did not comment on the matter. Kipkoech leaves behind a wife Mercy Moraa and one child. 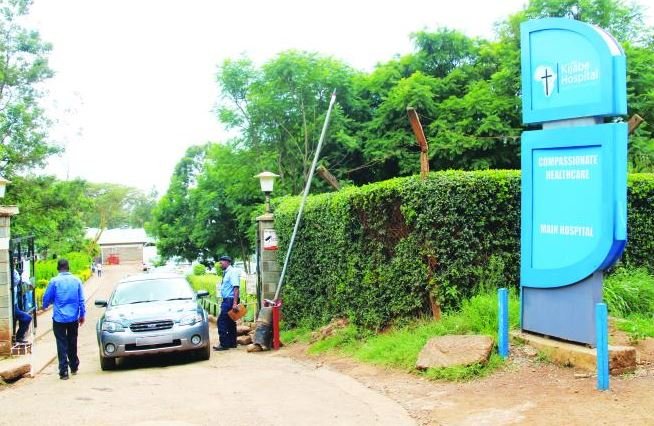 Court has charged a hospital and awarded Sh210 million to a widow of a man ...