Faded Lugaflow singer Rocky Giant has come out to narrate his journey in rehabilitation while appearing in an interview with Spark TV Live Wire program.

They took the singer into rehab last year after heavy drug use. This saw him languish in the streets like a mad man despite his star status some years back.

Rocky Giant admitted to having fallen into heavy drug use due to the stress he was undergoing. He however added that he reached a point where the stress exceeded the drug usage.

The Ngoma Nene singer also said that drugs are a common phenomenon in the music industry.

“I admit to using a lot of drugs. I did this due to a number of reasons and I was really stressed up. The music was no longer selling yet I had responsibilities. I therefore resorted to using drugs. Time came when the stress exceeded the drugs. My siblings noticed the change in my behavior and checked me into rehab despite my defiance.” Rocky Giant said.

He said that he will also be back to doing music once he’s discharged because he’s feeling much better now. Giant also advised young people to desist from using drugs or limit them if they can’t avoid it.

He added that he will become an advocate for drug abuse in the country once he’s back from rehab.

The doctor in charge of the singer said there was a massive improvement in his recovery and he could be discharged soon.

Drug abuse is a big problem in Uganda’s music industry. Many musicians’ careers have been ruined by these drugs while some have even lost their lives. 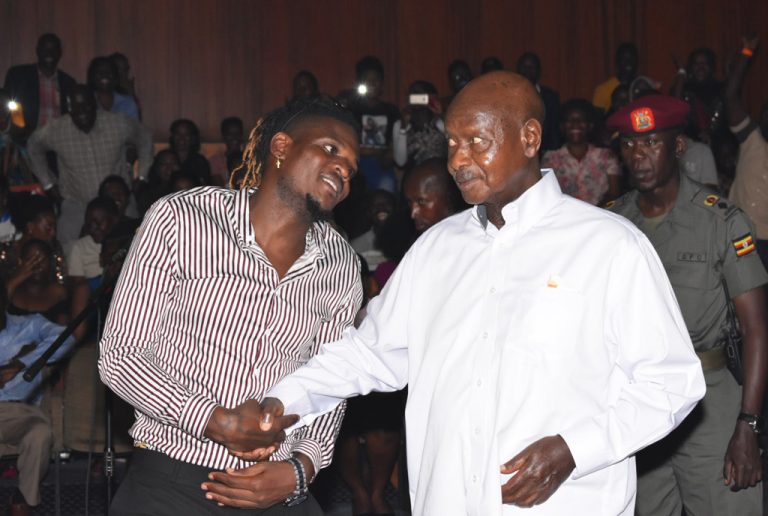 Musicians under the Uganda Musicians Association umbrella have come out to cry to the government ...