Wonders never end in this world; some people do lots of crazy things. The woman we are going to talk about right now is one of the crazy people.

In a video clip posted by @Kulanicool, the woman who appeared without a mask was doing her shopping in the supermarket. She was questioned why she didn’t put on a mask and what she did next will make you fall off your chair.

What she quickly did was to reach under her dress and take off her nicker, which she decided to wear as a mask.

The video clip shocked dozens of netizens who flocked the comment text area, where they shared their thoughts on the lady’s crazy mask plan.

Below are a few reactions:

“Why was she allowed in the store? How did she continue to shop and finish her shopping without one? The security or manager couldn’t even tell her anything. Ah, noh guys makgowa ona laba tshaba. You are own would have been tackled and dragged out,’ @hazel_mahazard asked.

“I think its a prank video, she only lifts her left leg to take the panties off,’ @Mhlumaya asked.

In a separate story, there was a rather very strange incident, where a man caused an uproar on the internet following a viral video of him caught stealing ladies underwear. The video posted online attracted mixed reactions, leaving many internet users in total shock It drew comments from different people.

The world has just become weird these days. Acts such as these are not supposed to happen in any way. But we are seeing them happening in our modern days and you can’t even explain.

There are several videos of people getting killed after stealing petty things but it seems some youths nowadays just never learn from them.

Crazy woman underwear 2021-02-27
lukwago J
Loading...
Previous: African Man Living In US Reveals Why US Embassy Denies People Student Visas
Next: “Go Back To The Bush”, Full Figure Fires Back At GNL Zamba For Not Recognizing Her As Presidential Advisor

Why You Need To Be Polite To People

Why You Need To Concentrate On Positive Thoughts 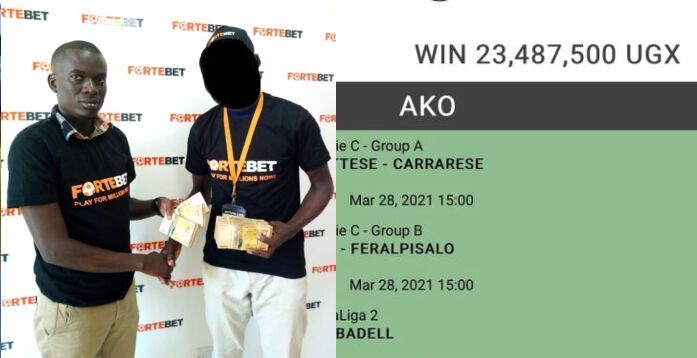 Easter preparations for one Fortebetor must have already kicked off after he won a salivating ...