Posted by: Kyeyune Andrew Jonathan in sports May 20, 2022

Momentarily, two other Ugandans, with style, made podium finishes in the 800m girl’s race.

Maureen Chebet and Priscilla Akello won gold and bronze when they finished first and third respectively. This went down during the competitive 800m event at the Stade Helitas in Caen, France on Thursday, 19th May 2022.

Chebet accelerated her way to the lead right from the sound of the gun. By the time of the bell after the first 400m, the writing was on the wall. Victory was upon the pint-sized Ugandan.

An increased acceleration came in the final 200m with a powerful kick from the pack of Indian Sandilea Laxita Vino, Akello and Morocco’s Laila Zouari.

As Chebet and Akello hugged with wild smiles, the few Ugandans in the stands at the pavilion of the stadium celebrated.

Other Ugandan contestants in 2022 ISF Gymnasiade Games athletic team then brought a Black-Yellow-Red flag. This was as the duo posed for pictures to record the historic moment. 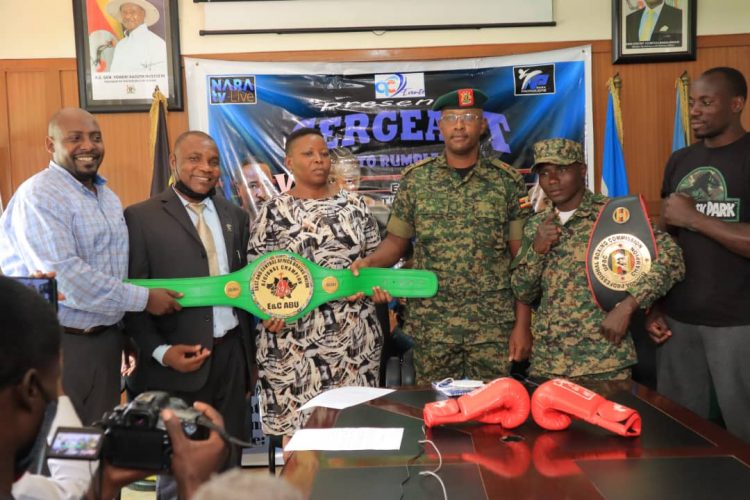