Hushpuppi; From Flaunting Private Jets And Luxury Cars On Instagram To Jail

Popularly known as Ray Hushpuppi, this felon’s real name is Ramon Olorunwa Abbas. His nicknames are Aja Puppi and Aja 4. Born on the 14th of June in Nigerian. He became wealthy and successful after he moved to Malaysia a few years ago.

He went by Ray Hushpuppi on Instagram and has over 2.5 million followers. Hushpuppi boarded helicopters from his Dubai waterfront apartment and also flaunted shopping bags from Gucci, Versace and Fendi.

The socialite posted a video of himself tossing wads of cash like confetti, he told his followers he was a real estate developer.

Well, a federal affidavit alleged his extravagant lifestyle was financed through hacking schemes that stole millions of dollars from major companies in the United States and Europe. His flamboyant social media lifestyle left a digital trail of evidence that investigators used to link him to the crimes, the affidavit shows.

Earlier in June, the United Arab Emirates investigators raided his Dubai apartment, arrested him and handed him over to the FBI. The FBI then flew him to Chicago on July 2, federal officials said. Authorities transferred him to Los Angeles -following the filing of the affidavit. He faces accusations of conspiring to launder hundreds of millions of dollars through cyber crime schemes.

The Nigerian national lived at the exclusive Palazzo Versace in Dubai. He led a global network using computer intrusions, business email compromise schemes. He was money laundering to steal hundreds of millions of dollars from companies, federal prosecutors alleged.

Abbas’ attorney, Gal Pissetzky didn’t give details on how his client earns his money. Pissetzky called his client’s arrest a kidnapping, saying Dubai handed him to the United States with “no legal proceedings whatsoever.”

Abbas made no secret of his opulent lifestyle and remarkable wealth. On Snapchat, he called himself the “Billionaire Gucci Master.”

“Started out my day having sushi down at Nobu in Monte Carlo, Monaco, then decided to book a helicopter to have … facials at the Christian Dior spa in Paris then ended my day having champagne in Gucci,” he posted on Instagram.

Photos of him displaying multiple models of Bentley, Ferrari, Mercedes and Rolls Royce cars included the hashtag #AllMine. Others also  show him rubbing elbows with international sports stars and other celebrities.

In the affidavit, federal officials made a detail of how his social media accounts provided a treasure trove of information to confirm his identity. His Instagram, for example, had an email and phone number saved for account security purposes.

His Apple and Snapchat records also provided information that helped investigators confirm his identity, address and communications with other suspects. Even his Instagram birthday celebration photos provided key information.

One post displayed a birthday cake topped with a Fendi logo and a miniature image of him surrounded by tiny shopping bags. Investigators used that post to verify his date of birth on a previous US visa application.

Abbas will spend up to 20 years in a US federal prison.

Excited Couple Welcome Set Of Twins After 16 Years Of Childlessness

You May Never Find The Perfect Person, But You will Get The Right Person

When The Communication Channel Breaks, Most Things Die

Are You Among The Covid-19 Lucky Ones?, If Not, Read On

It’s the Little Things That Win The Heart

Build Your Self Esteem, It Is The Beginning Of Success 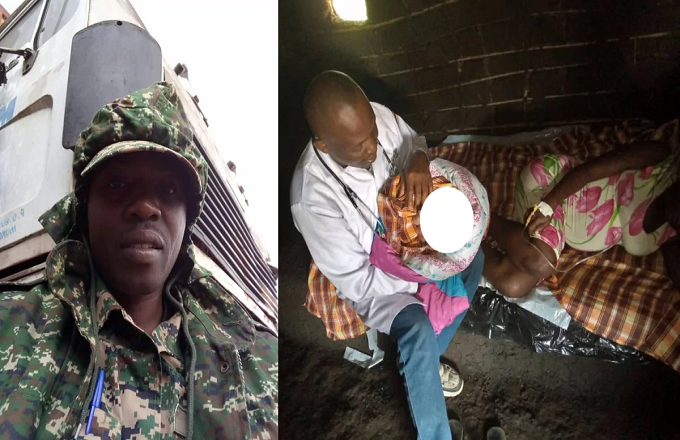 A UPDF soldier who helped a woman give birth on the roadside at Queen Elizabeth ...