Netizens experienced shock after viewing a screenshot making rounds on social media, where a married woman whose names were withheld revealed unusual occurrence in her marriage.

According to a report sighted by one of our writers, the young lady narrated a shocking experience in a message seeking for a relationship counselor.

She actually said from the day her hubby caught her red-handed with another man, he has never bothered asking her about the incident or even shown an discomfort or anger.

As a matter of fact, her husband has always been nice to her. He usually buys her flowers and takes her out for shopping occasionally.

The married woman feels guilty about the whole experience and she has begun to have double thoughts.

“Sometimes I open my eyes at night and find him looking at me. When I ask he says he’s admiring my beauty and thanking God for blessing him with a flame of a woman. I’m think he’s planning to do something to me when we are overseas,” she said.

In separate news, a woman counted loses after her ex-lover broke into the house, destroyed her property and smashed her car before walking away. Witnesses said the angry man armed himself with a gun and a machete.

Jane Wanjiku, a businesswoman from Kamulu Nairobi returned home to find pieces of glasses scattered all over. Her house and car were all destroyed. Apparently her estranged fiancé only identified as Kariuki was responsible.

Kariuki is based at Hurlingham Police Station and stormed the house in broad daylight. Armed with a gun and a machete, he was ready to cause chaos if anyone tried to stop him.. 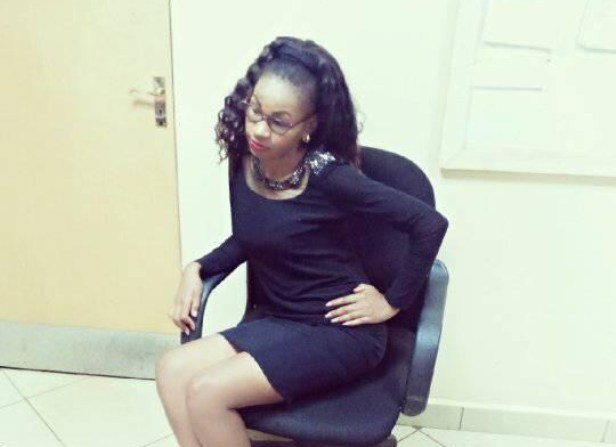 Many fear to get into marriage institution following many divorce cases in East Africa and ...