Ugandan socialite, model icon and philanthropist Judith Heard has refuted claims that she no longer has money like she used to.

The socialite who joined Sylvia Awori’s Ziper Models in 2003, said last week during her appearance on a local TV Station that she is not broke as people say. That she just decided to stop doing certain activities when she grew up.

“People no longer ask money from me. They don’t burden me with their problems, and that’s okay,” she said.

Judith Heard who ran a fashion boutique in Kampala known as JH Front Your Style, was once a big spender. Her friends nicknamed her JH and titled her ‘Tycoon’ because she had deep pockets.

In 2017, Judith walked the runway at Collective Fashion week in Kigali Rwanda. She was honored by H.E Paul Kagame and his wife Jeannette Kagame for her work as a fashion icon and philanthropist.

When she separated with her ex-husband Dr Heard, her fortunes slowly decreased.

Who knows? Maybe she resorted to other businesses.

In separate news earlier published by NEWSLEXPOINT.com, Zari Hassan who self proclaimed herself as a boss lady, is among a few woman in East Africa with different income generating projects both in Uganda and in South Africa.

Her success became a problem to some woman out there. This made one of her friends Faridah Ndausi to come out and defend her.

The multi-talented actress and radio presenter Faridah Ndausi came out and attacked envious fans on social media who takes Zari’s success for granted.

JH JH Front Your Style 2021-01-11
lukwago J
Loading...
Previous: SHOCKING: Eldest Son Confesses To Killing 4 Family Members And Worker
Next: Ugandan Artistes Have A lot To Learn From Nigerians, We Need Them More Than They Need Us – Spice Diana 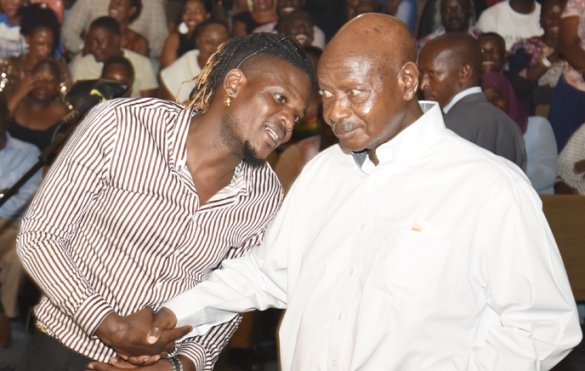