Sometimes a story grabs hold of you and won’t let go. [9]President Reagan ’s valiant fight against Alzheimer’s disease is in that category for me. I wasn’t a fan of Reagan’s policies, but there was something about the man, and the way he played the role of a lifetime. [3]A visitor to his Century City office after he left the White House told the story of reminding Reagan that he was once President, and he asked, “How’d I do?”

Check also: Daughter and mother give birth to baby boys for the same man in the same week

Newsweek did a cover story on “the long goodbye” in the fall of 1995 when Reagan was still in the earlier stages of the disease that would take his life a decade later, in 2004.[4] During the course of my reporting the story, Mrs. Reagan told me that one of the things that gave her husband pleasure was teaching the newest addition to the family how to swim in the heated pool at their Bel-Air home.

“Rita is a real ‘water baby,’ thanks to our pool and my husband,” Mrs. Reagan wrote in a written response to questions, describing then 10-year-old Rita Mirembe Revell, the child that her stepdaughter, Maureen Reagan, and her husband Dennis Revell, had adopted from Uganda. Newsweek asked for photos. We didn’t get them, but I always wondered what happened to Rita.[10]

Rita Mirembe Revell was then a very young girl

The last public sighting of her was at her mother’s funeral in 2001.[8] Rita was 16; her mother was 60 when she died after a five-year battle with melanoma that had spread to her brain. Maureen Reagan was Reagan’s daughter with his first wife, the actress Jane Wyman. At her mother’s funeral, Rita was seen holding tight onto Wyman, who looked frail and distraught.

That’s more than 15 years ago, and Maureen’s siblings from Reagan’s second marriage to Nancy, Patti Davis and Ron Reagan, who knew Rita as a child, have not seen her since Maureen’s funeral, and don’t know where she is or what she’s doing.[9] Ron Reagan, who was traveling in Europe when I reached out to him, responded in an email that “my late wife, Doria, and I knew her as a vivacious child when she first came to the U.S., but over the years–difficult years, many of them, for Rita, or so I heard secondhand –we lost track.”

He points out that when she lost her mother, Rita was a teenager, “a phase that is confusing and painful for many young people, even under the best of circumstances,” and that Rita drifted away. [5]She did not attend Mrs. Reagan’s funeral last year, and her adoptive father, Dennis Revell, Maureen’s husband, did not include her name in a statement he released upon Mrs. Reagan’s death, in which he recalled spending many Christmases with his mother-in-law.

“That said, she may be thriving,” Ron Reagan wrote about Rita. “She was always bright and personable. There is no guarantee, however, that her story is positive or edifying.”

Rita is on Facebook with the surname Reagan and in her profile photo and the few pictures she has posted looks every bit as vibrant as the child Ron Reagan remembers. Her page is not fully public, and she did not respond to a message that I left explaining my interest in finding her. Dennis Revell, who heads a public-relations firm in Sacramento, responded to my email saying neither he nor Rita wish to cooperate in any story about immigration.[3]

She became a permanent resident of US

In a recent post on Facebook, she tells friends wondering what she’s up to, “I have been hiding and being sanctified.”

She’s certainly entitled to her privacy, and perhaps in due time she will tell her story. In these times of division and partisanship, the story of how President Reagan’s Ugandan grandchild became a permanent resident of the United States is worth telling, and worth hearing.[1] It shows people of goodwill pulling together and overcoming barriers within a legal system that those in power can tweak to do the right thing when there is a common goal.

It begins with Maureen and her husband and their support of the Daughters of Charity orphanages in Uganda. They first met Rita when she was three years old. When Dennis made a return visit, this child who had been abandoned in Kampala, the capital of Uganda, and whose actual date of birth was unknown, clung to him and wouldn’t stop crying after he left.

“And I said, ‘Dennis, I think she’s adopted you. What do you think about that? And he says, “Fine with me.’ It took us five years, but we got her,” Maureen told ABC’s Barbara Walters in 2001, when what’s known as a “private bill” in Congress recognized Rita as the couple’s “immediate relative child.”

Uganda had very restrictive adoption laws, and the Revells initially gained custody as Rita’s legal guardians. They brought her home to California on a student visa. She was eight years old and attended a private parochial school in Sacramento.

By the time it was established under Ugandan law that Rita was an orphan, and eligible for adoption by the only parents she knew, Maureen was battling cancer and too ill to make the trip to Uganda to finalize the adoption.

That’s when Congress went to work. Utah Republican Orrin Hatch sponsored the private bill in the Senate to grant Rita permanent residence in the United States as did Texas Democrat Sheila Jackson Lee in the House. Republican James Sensenbrenner chaired the House Judiciary committee then, as he does today, and Congresswoman Lee, a member of the committee then as now, entered into the record a statement about the facts of the case and, noting Maureen Reagan’s grave illness, and her inability to travel, that the only way to “assure that Rita remains a part of their family in the United States is through this private bill.”

The bill passed by unanimous consent in the House and Senate, where Hatch chaired the Judiciary Committee, and President George W. Bush signed it into law on July 19, 2001. “Rita is so excited because, like so many adopted children, her one wish was to have a family… Now, she not only has a family, she has a whole country. But also, she knows this news is the best medicine her mother could have received right now,” said Revell. Maureen Reagan passed away just weeks later on August 8, 2001.

From the time they first met Rita in the orphanage, the Revells had provided support for her, and they did everything they were supposed to in accordance with the legal systems in both countries, the United States and Uganda, first gaining legal guardianship, then a student visa, and finally, through the intervention of Congress, permanent residency for Rita.

In addition to having a compelling case, as the daughter of a president, Maureen Reagan had the clout and the connections to get legislative relief. Private immigration bills sponsored by lawmakers are not as common as they once were, and in the toxic political environment around immigration issues today, they hearken back to an earlier, less contentious time.

In the Abscam scandal of the late 1970’s and early 1980s, FBI agents dressed as Arab sheikhs performed a sting operation on members of Congress, carrying suitcases full of money to bribe lawmakers to sponsor private immigration bills to allow foreigners with a fake company, Abdul Enterprises, into the country. The 2013 movie, American Hustle, starring Christian Bale, Bradley Cooper and Amy Adams, was based on Abscam.

A former high-ranking official with INS (Immigration and Naturalization Services), who did not wish to be quoted telling stories out of school, recalled President Reagan once asking if he could get a green card for a parking lot attendant he had taken a liking to, and the late Senator Strom Thurmond, who fathered four children late in life, seeking a green card for the family’s nanny.  Neither request was granted, says the official.[7]

In the run up to the 1980 census, President Jimmy Carter quietly ordered “no interior enforcement” of immigration laws. Getting an accurate count was his priority, and he didn’t want people fearful of identifying themselves.

No one would ever have argued that Rita didn’t belong in this country, and in that long ago Newsweek cover story, Nancy Reagan reflected on her husband’s illness, and how it had brought her famously fractured family together as they marveled over Rita splashing away in the pool with her grandfather. “As I sat there looking at everyone, I couldn’t help but think this is the way it should be and the way I always longed for it to be,” Mrs. Reagan wrote in her correspondence with Newsweek.

How we imagine things, and how they unfold once life gets in the way, rarely line up the way they should. Rita’s story, unknown to most Americans, means we don’t stop trying.[10]

How To Know You’re Only An Option To Your Partner

Quick Sale And Easy Purchase Of New And Used Cars

The Best Place To Buy And Sell Goods Online In Uganda 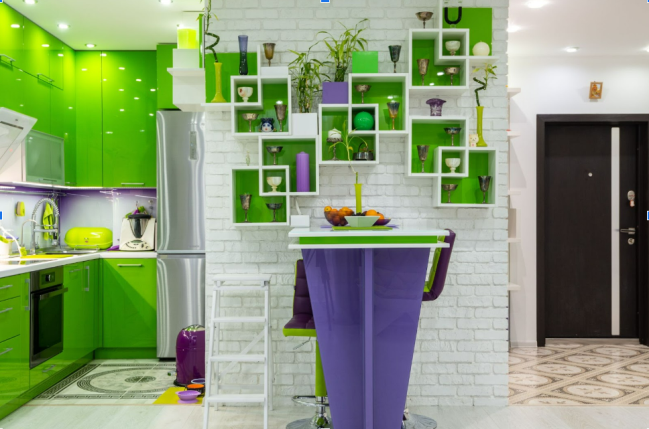 There is no doubt that appliances are important to us. They make our lives easier ...