For a few more years, the rivalry between two Nakawa-based teams, Kyambogo and MUBS will continue on. It’s been a minute since Kyambogo won the on-pitch contest following a 4-1 post-match penalty victory. This followed a 3-all aggregate victory. However, Kyambogo had not seen the last of MUBS as it has bounced back, but via the boardroom.

MUBS successfully petitioned the management of University Football League (UFL) with questions about the eligibility of the Kyambogo goalie, Andrew Ahebwomugisha.

The investigations produced evidence of impersonation and revealed the goalie’s true identity as Amir Sserugo. The law did not permit Sserugo to participate in this tournament which left Kyambogo in hot soup.

Kyambogo University eventually lost the match by forfeiture and their sports tutor George Wagogo got fined Shs 300,000. He also received an opportunity to appeal within 48 hours. The UFL Disciplinary Committee chairperson Bernard Bainamani passed the verdict on Tuesday, 18th October 2022.

With that put to bed, the two quarter-final legs were nullified. MUBS had won at Kyambogo 2-1 in the first leg before Kyambogo came back in the same currency to topple the return leg 2-1. This leveled matters to 3-3 on aggregate forcing a dramatic shoot-out. 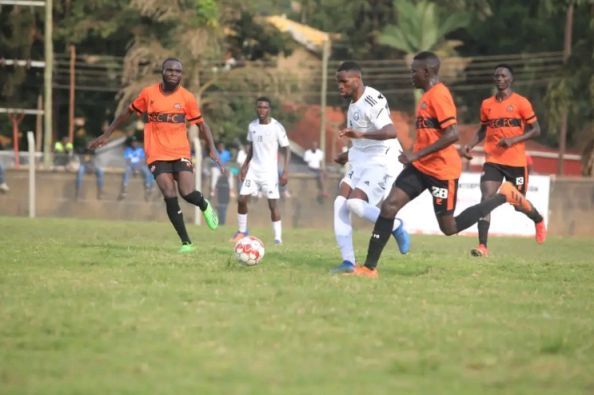