The United States Of America through its embassy in Uganda has confirmed that they will not be covering elections tomorrow in Uganda.

This comes after the Electoral Commission Denied 75% of their journalists accreditation. This announcement was made by the Us Embassy in Uganda through the US Head of Mission to Uganda, Ms. Natalie Brown.

“It is with profound disappointment that I announce U.S. Mission in Uganda’s decision to cancel our diplomatic observation of Uganda’s January 14 elections due to the decision by the Electoral Commission of Uganda to deny more than 75 percent of the U.S. election observer accreditations requested. With only 15 accreditations approved, it is not possible for the United States to meaningfully observe the conduct of Uganda’s elections at polling sites across the country,” Ms. Natalie Brown said.

She says despite applying early, EC went ahead to deny most of them accreditation. She went ahead and said they also got the news just a few days to elections so there is not much they could do. However she said that they are in support of a free and fair election and also taking no sides.

“As we have stated previously, the United States takes no side in Uganda’s upcoming elections. We support a free, fair, peaceful, and inclusive electoral process. For Uganda’s 2016 elections, the U.S. Mission dispatched 88 diplomatic election observers. For the January 14 election, the U.S. Mission complied with all Electoral Commission accreditation requirements, as we had in previous elections in Uganda, but the vast majority of our requests for 2021 were not approved.” 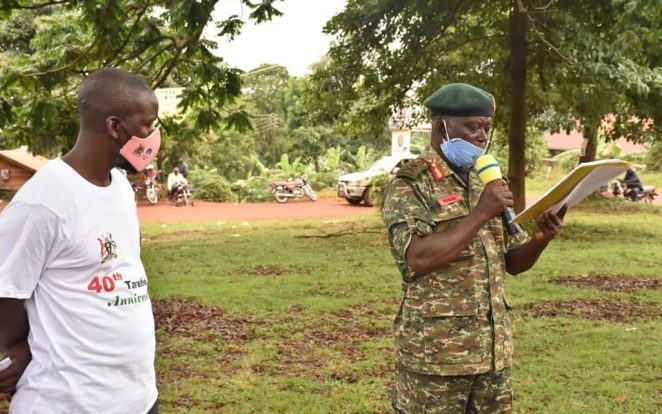 The Kalangala Resident District Commissioner(RDC) Mr.Daniel Kikoola has flagged-off a number of Civil-Military activities in ...