Famous singer Moses Ssali aka Bebe Cool recently asked his former ally Robert Kyagulanyi to give up in the presidential race. He said that Kyagulanyi should wait another 10 years if he wants to become the President of Uganda.

As Bebe Cool spoke in an interview, he asked Robert Kyagulanyi aka Bobi Wine to be patient because Museveni wouldn’t be president for another 30 years. But the ‘’30 years’’ don’t matter so much. It is the ‘’wait for another 10 years’’ that is in the picture right now.

Was it an unintended message that the long-ruling leader of Uganda would retire in 10 years? Or that something would happen to end his reign in 2030? If anything, will Museveni still be able to govern independently by that time? I could go on with these questions, but unfortunately, we will have to wait 10 years to get some answers.

Not saying that what Bebe cool said could mean anything significant, but he could have provided an insight on what could happen over the next decade.

Bebe Cool said he is going to use every last penny in his account to take on Bobi Wine. He should, however, be cautious of what follows when he loses or wins in his battles against Bobi Wine.

The future is unknown to man as we all know it. But we use the past in relation to the present and speculate what could be lying ahead of us all. So we shall keep on speculating but as the law says, ‘’What you say can and will be used against you…’’

As we talk right now Bobi Wine has resumed his campaign trails. He is heading to Kibuku District and president Museveni is slated to hold his campaign meeting in Iganga town later today.

bobi wine 2020-12-03
Kyeyune Andrew Jonathan
Loading...
Previous: Businessman Discovers Over 10 Used Condoms Under The bed Yet He Doesn’t Use Them With Wife
Next: I Will Buy You Plot Of Land Within Kampala – Balaam Promises Full Figure

Kasule Lumumba Says NRM Loss In Buganda Is Under Investigations 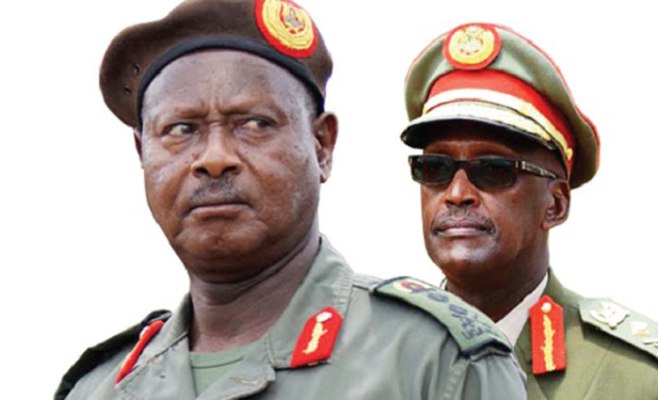 Gen Tumukunde has revealed some of the new tactics President Yoweri Museveni together with his ...