Solomon Sekayi Kyagulanyi, son of Robert Kyagulanyi alias Bobi Wine is finally going back to school. The school suspended the NUP president’s son after they found him in possession of illicit drugs on school premises.

St. Mary’s College Kisubi issued this suspension on 1st February. Apparently, there was an abrupt inspection of students property and this is how they discovered Solomon.

The suspension letter states that they found Solomon with marijuana wrapped in papers like cigarette sticks. Not only this, they also found a lighter in his suitcase as well.

According to a family member who requested to remain incognito, said this is not the first time. Apparently, in 2018, administrators warned him against his misconduct and this is why this time around, they took action.

The headmaster of SMACK, Brother Deodati Aliganyira, confirmed the suspension of Solomon.

“It’s true, we handled that case and we gave the boy the last warning. He was found with drugs wrapped in papers like cigarettes and a lighter. He was suspended. That is where we stopped.”

Due to this incident, the school asked Bobi Wine and Barbie to make a fresh commitment for their son to comply with school rules. Otherwise, he risks indefinite suspension.

“This will serve as his last warning: should your son be involved in any form of indiscipline after the last warning, there will be no other alternative but only to go on indefinite suspension.” 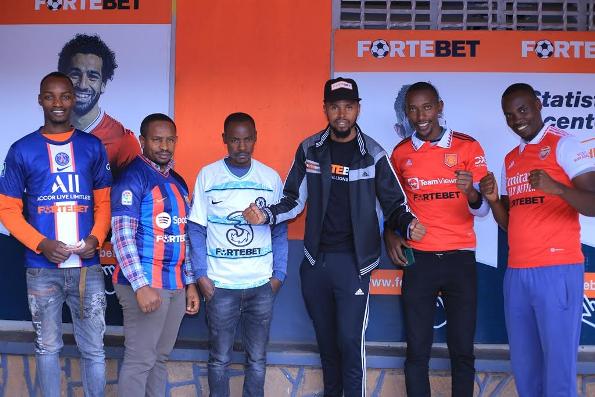 It was another moment to remember for as Fortebet gave back to its clients and none client ...